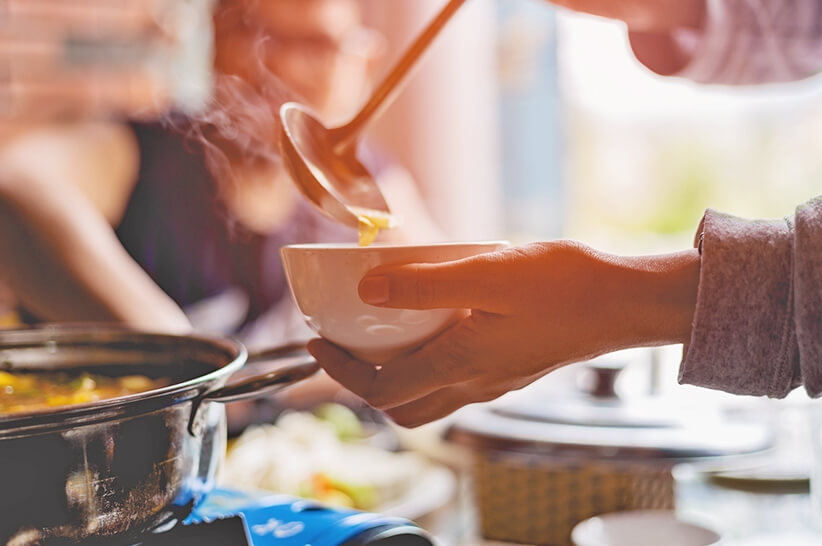 When it comes to comfort meals, nothing beats a warm bowl of soup. But as you already know, some of your favorite soups include noodles, flour, legumes, potatoes, and other carby ingredients. Which begs the question — can you eat soup on a keto diet?

Of course! Soup is one of the best meals to have on keto to stay well-nourished but also hydrated. But what kind of soup can you have on keto?

The best keto soup will replace high-carb staples with their low-carb counterparts and double the cheese and cream. It can be vegetable, creamy, meat-based, stock-based, clear, and made with instant broth. As long as you use low-carb and high-fat ingredients, you can and should enjoy soup on keto.

If you need some inspiration, below are over 15 keto soup recipes to warm your soul. From simple keto soups and chowders to low-carb vegetable soups to keto soups with cream cheese, we have you covered.

This is a keto vegetable soup to help you get more leafy greens on your low-carb journey. This cauliflower spinach soup is also hearty and creamy thanks to bacon, butter, and cream cheese added on top of spinach and cauliflower. It’s also ready in under an hour and yields 4 servings – double or triple the ingredients if you want to make more.

A keto-friendly copycat of Panera Bread’s famous Broccoli Cheddar Soup. It’s just as cheesy, rich, and loaded with broccoli as the original, but this keto broccoli cheese soup is also keto-approved as well as healthy and hearty. Another thing that’s really great about it is that you need only a handful of ingredients and around half an hour of your time to make it. 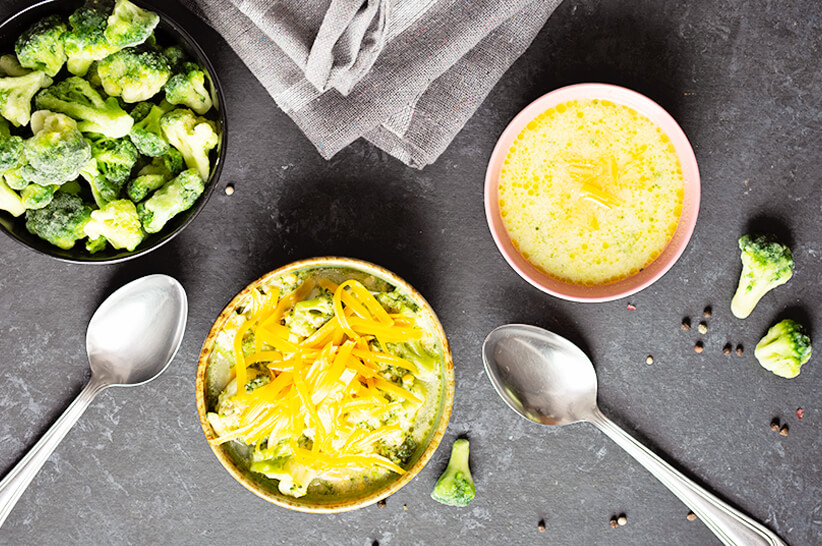 Literally translated to “Tuscan soup,” zuppa Toscana became popular in the US and worldwide thanks to Olive Garden who offer their own version of this famous soup. This keto take on classic zuppa toscana has fewer carbs than the original but just as much flavor. It’s made with kale, Italian sausage, crumbly bacon, and cauliflower in place of potatoes. 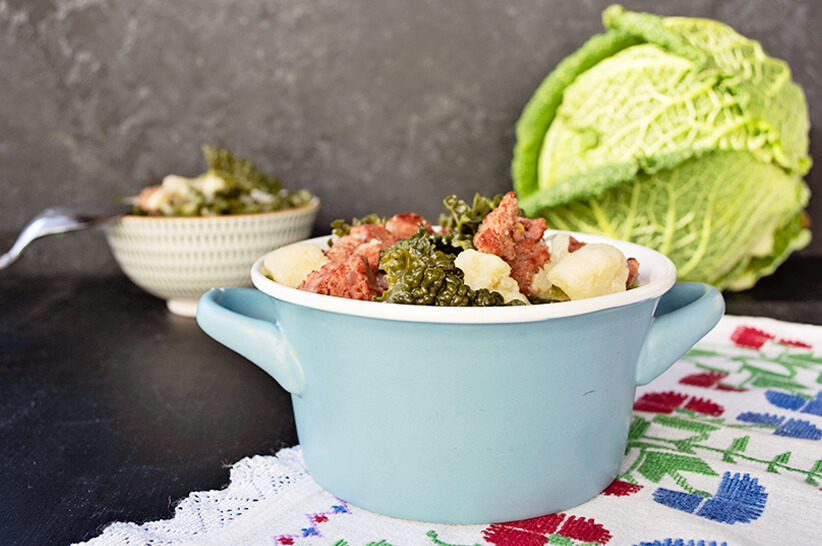 Forget canned tomato soup! This keto tomato soup has fewer carbs and more flavor since it’s made with whole roasted tomatoes. Besides tomatoes, you’ll need chicken stock, a bit of heavy cream, and olive oil to make it hearty and delicious. Of course, basil here is a must and the Herbes De Provence blend adds a seriously tantalizing aroma to this meal. 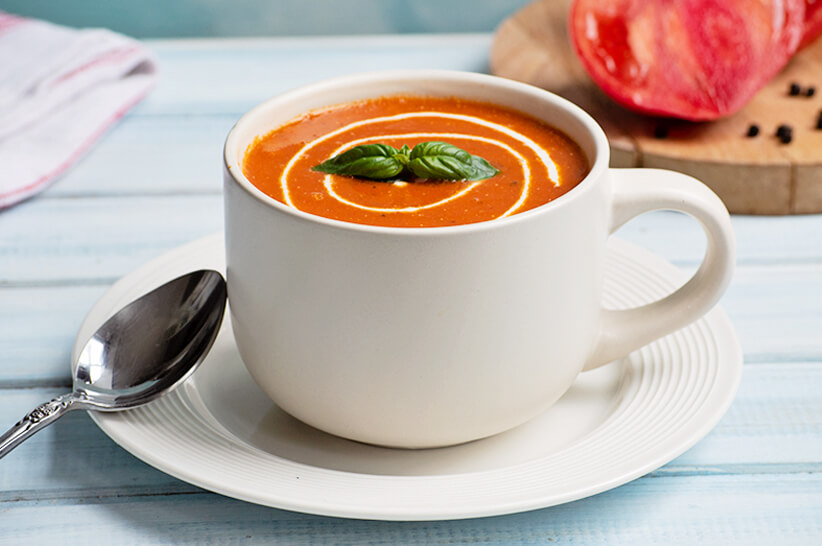 Make good use of tomato season with this keto-friendly soup recipe.

Like many cream soups, classic cream of mushroom soup is made with a simple roux – which unfortunately requires flour. This recipe skips this step altogether to keep carbs low. Made with white button mushrooms, leeks, tamari sauce, and heavy cream, this  keto-friendly mushroom soup is loaded with umami flavor as well as keto nutrition. Make it whenever you have leftover mushrooms. 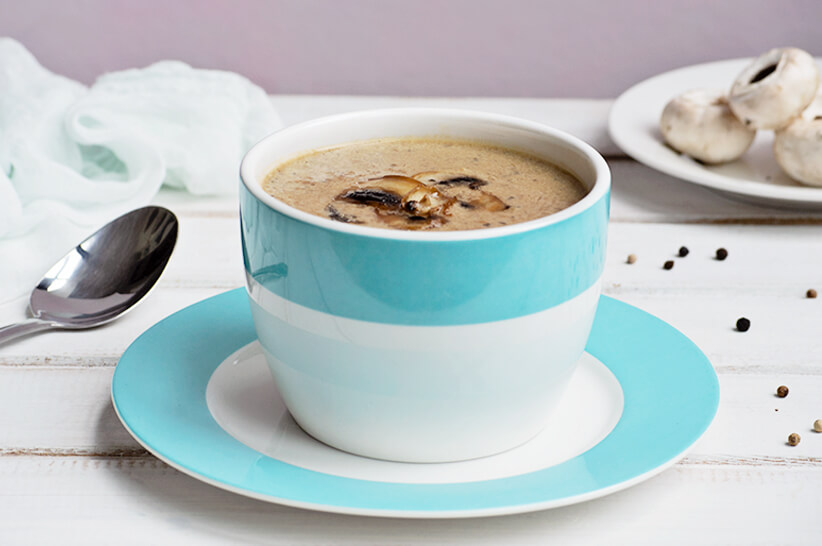 An easy keto soup that’s ready in ten minutes and tastes even better than the ones you order at your favorite Chinese restaurants. To make this keto egg drop soup, besides eggs, you’ll need chicken broth as well as a bouillon cube. You’ll also need butter and some chili garlic paste to spice things up, which makes this version a bit different from what you’re used to. 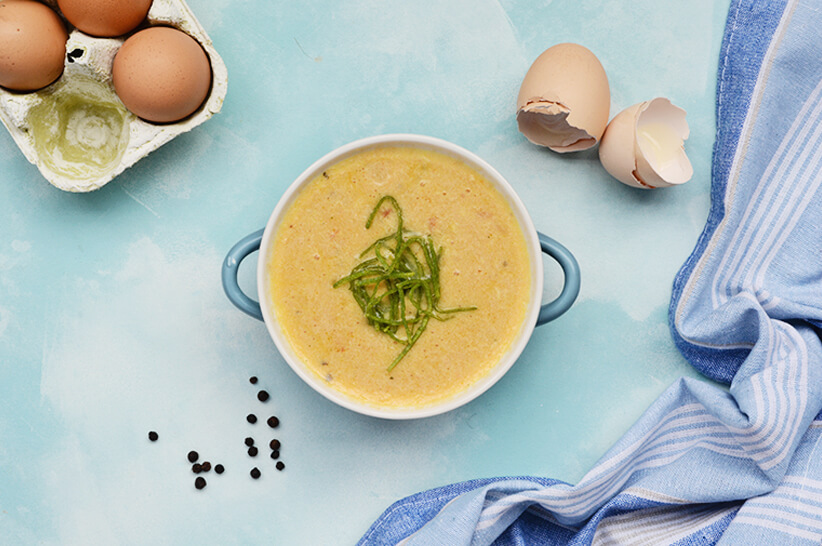 Egg drop soup is one of the easiest to make for your keto diet.

It’s caramelized onions that give this French classic its deep and rich flavor. Topped with cheese and garlic bread, French onion soup is one of the tastiest soups in the world. Unfortunately, it’s also high in carbs and takes many hours to make. That’s why you should go for this simplified keto-friendly french onion soup. It’s different but still enticing! 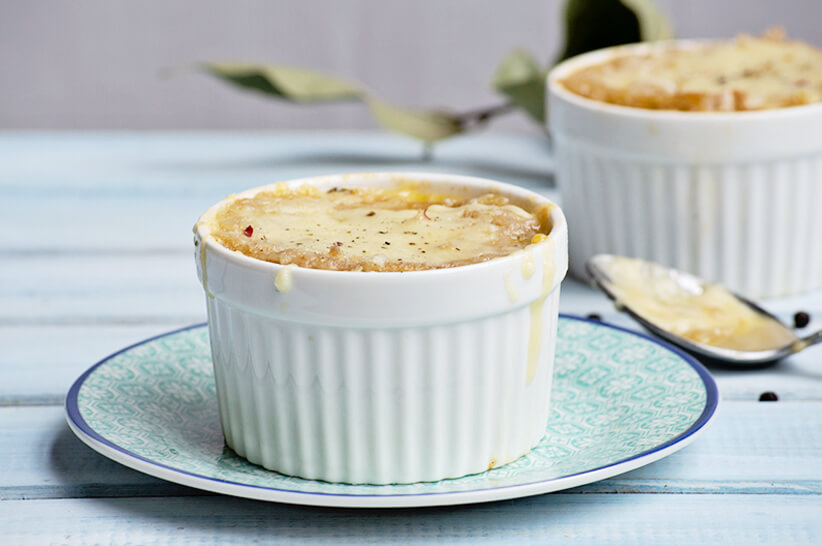 If you love tacos or Mexican food in general, give this keto taco soup a try. It’s essentially spicy tacos in a bowl. To make it, you’ll need a couple of simple ingredients like ground beef, cream cheese, beef broth, and shredded cheese – all fat-rich ingredients that add lots of flavor. You’ll also need tomatoes and chilies for spiciness. 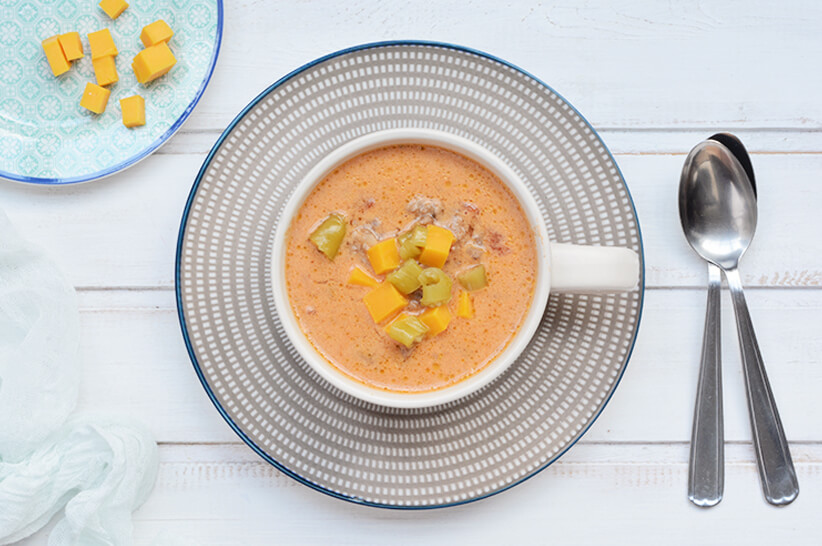 Right after chicken soup, cabbage soup is an age-old remedy for the common cold. It’s rich in anti-inflammatory and antioxidant compounds, but this keto-friendly version is also rich in keto benefits. Made with ground beef to add fat and flavor, it’s heartier than vegetarian versions of cabbage soup. Chopped tomatoes help balance out the flavors and boost antioxidant levels. 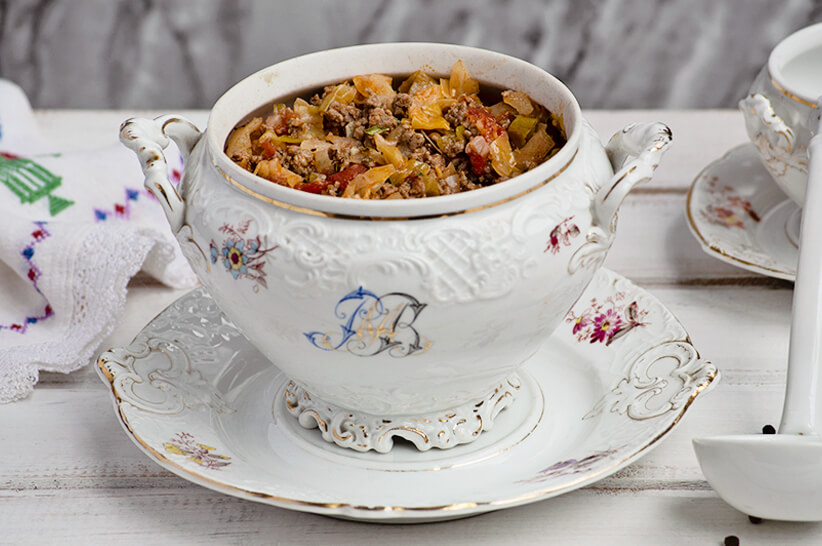 This cabbage and ground beef soup is not only healthy but keto too.

Tired of wasting hours at a time over the stovetop making French onion soup? Here’s a quick keto soup recipe of your favorite meal made in a slow cooker. This slow cooker french onion soup is made with instant keto broth for convenience and keto nutrition and it’s topped with brie cheese. Served with crispy keto bread, it makes a satisfying meal. 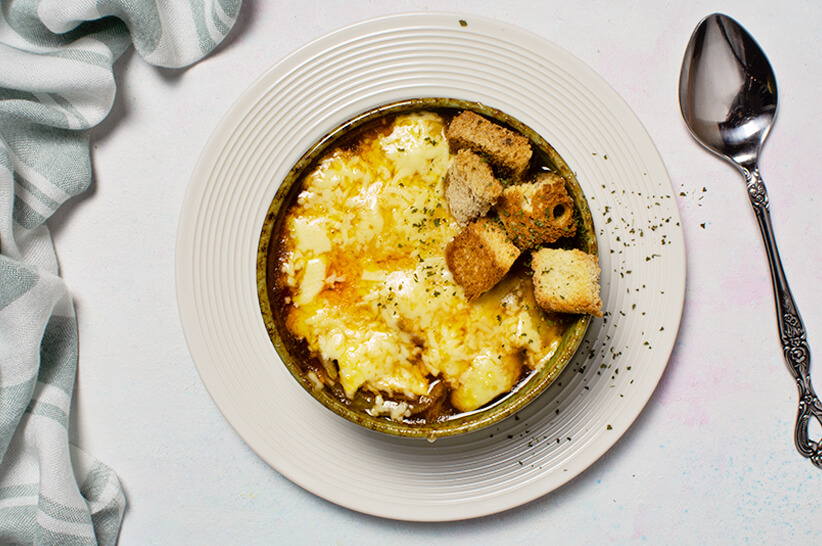 Make your Keto-friendly French onion soup in a slow cooker.

With its health benefits and earthy flavor, this golden squash soup will become your fall favorite once you try it. Squash and leeks sauteed over butter make this keto veggie soup not only healthful but flavorful as well. If you’re not a big fan of squash, this recipe will make you rethink that. Squash also contains lots of fiber, which you can never get enough of on keto. 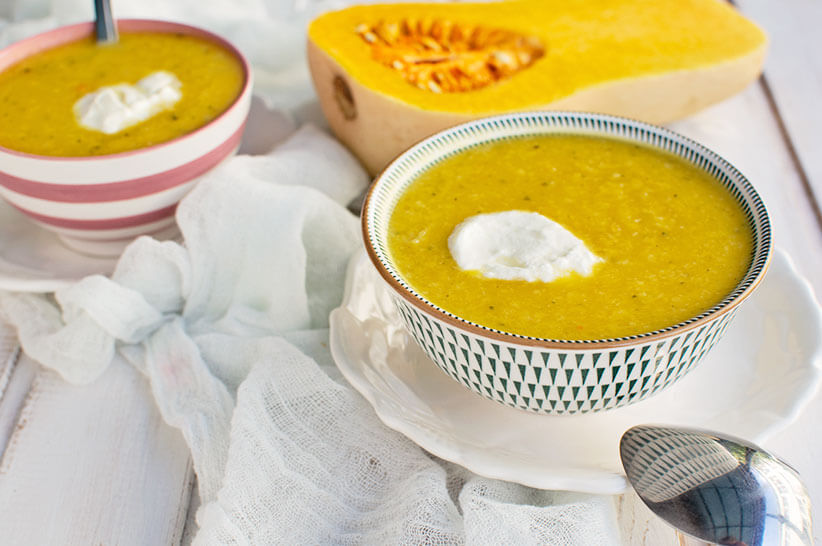 Yes, golden squash soup can be part of a low-carb lifestyle.

When it comes to healthy keto soup ideas, nothing beats this one. Made with beta-carotene-rich carrots, antioxidants-loaded ginger, and fibrous cabbage, this veggie soup with cabbage noodles packs a whole lot of benefits. Also included are keto broth and olive oil for added fat – include ketone-boosting MCTs. 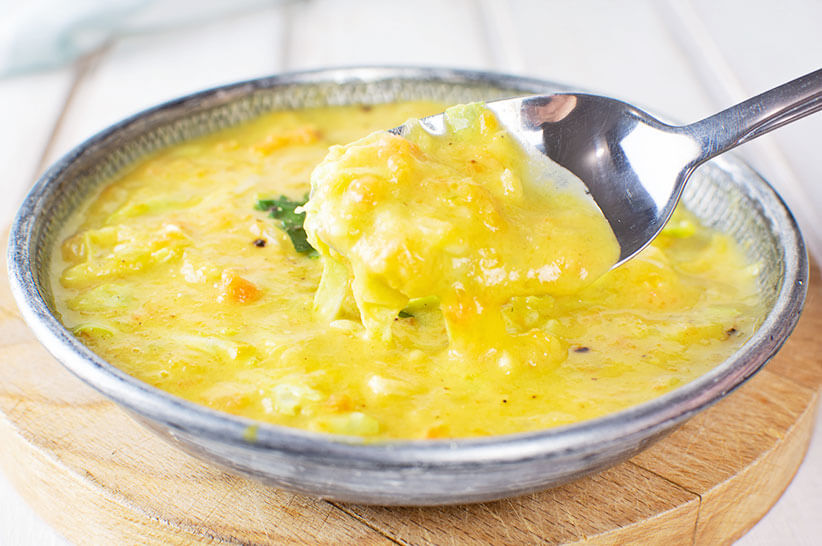 When you’re feeling sick or need just a little bit of comfort, a hearty bowl of keto chicken soup can help. This recipe is fairly simple and quick, which is perfect if you need to whip up a bowl of chicken soup in no time. It’s also incredibly nutritious thanks to rotisserie chicken pieces and the many extra veggies added to it, including celery, mushrooms, carrot, and cabbage. 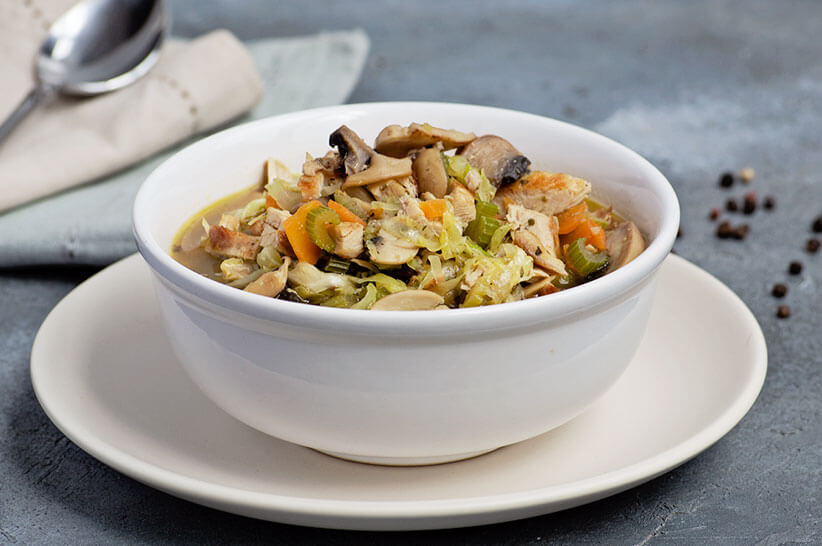 This is how you make chicken soup for your keto diet. 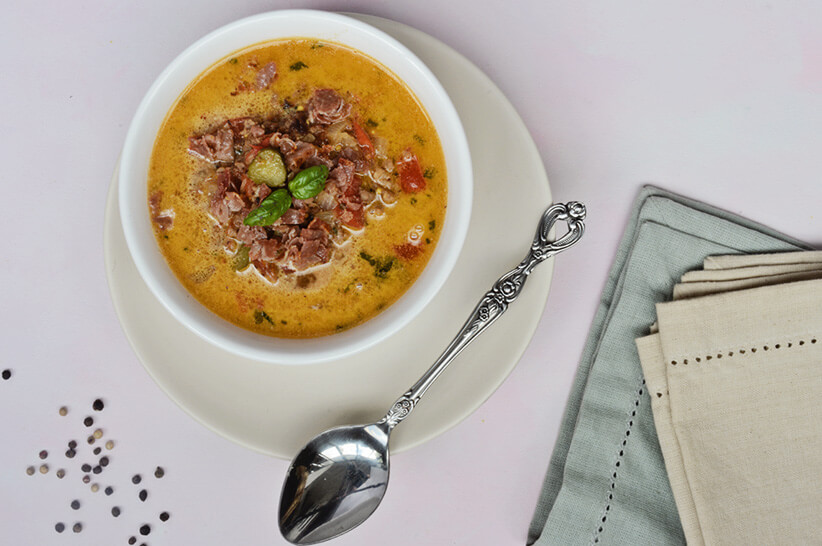 Another one of your favorite fast foods in soup form.

This is essentially a low-carb version of red bean vegetable soup. Soybeans are higher in protein and lower in carbs than other legumes, which makes them a good addition to your keto diet. This recipe calls for lots of veggies and instant keto broth to make it more convenient and to add extra MCTs to this soybean vegetable soup. 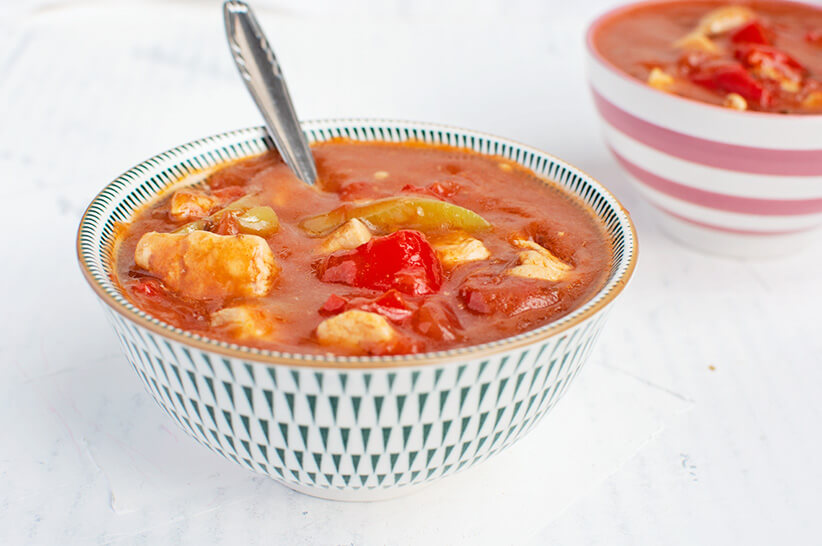 Other legumes are high in carbs, but this soybean soup is perfectly keto.

Made with simple keto veggies and instant broth, this creamy vegetable soup is ready in no time. Ingredients included are broccoli, carrots, half-and-half, and xanthan gum to add thickness without adding carbs. It has beef chili flavor thanks to the instant broth, but feel free to experiment with other broth flavors. 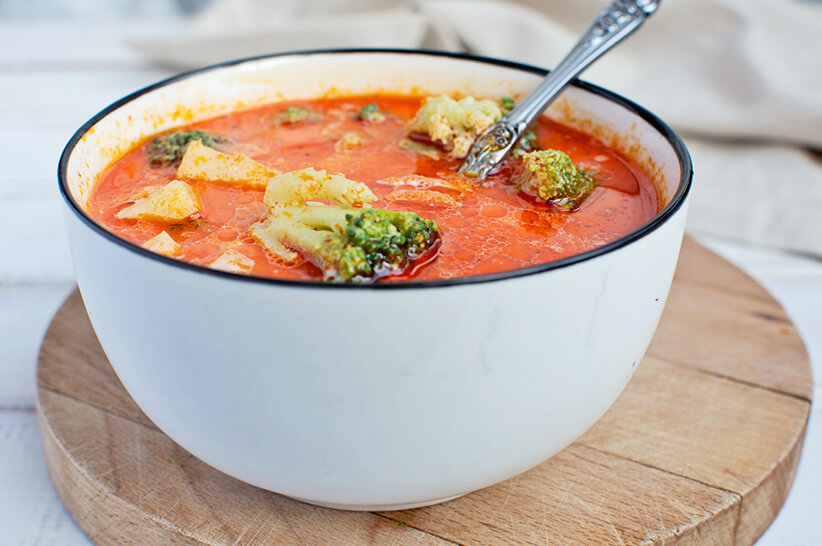 Creamy, loaded with keto veggies, and bursting with flavor.

Rich in both fat and protein and low in carbs, this creamy asparagus soup is the best keto soup to help you stay full and in ketosis. You’ll need cooked and drained asparagus to make this one as well as instant broth, xanthan gum, half-and-half, and lots of cheddar. Celeriac is also included for a better balance of flavors. 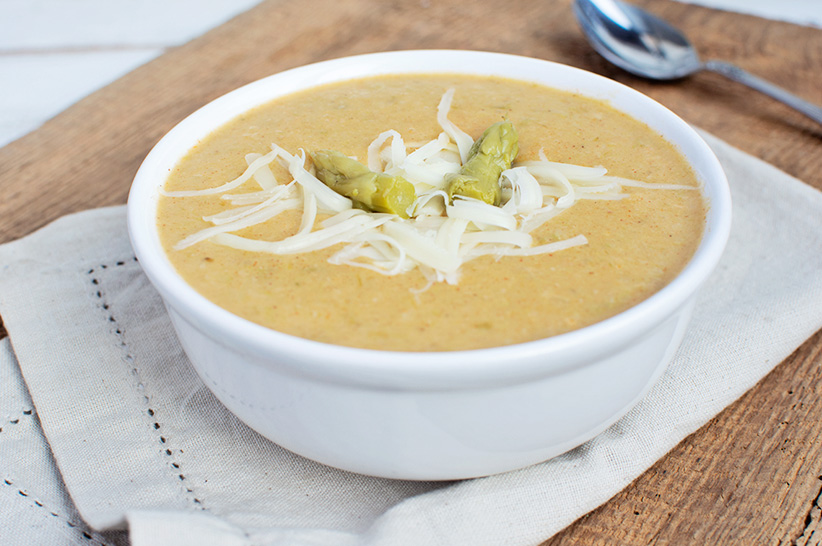 I made your tomato soup. It was wonderful. Thank you for the soup recipes. Also, I love your keto bread.