Home → Articles → What Are Ketones? Everything You Need to Know 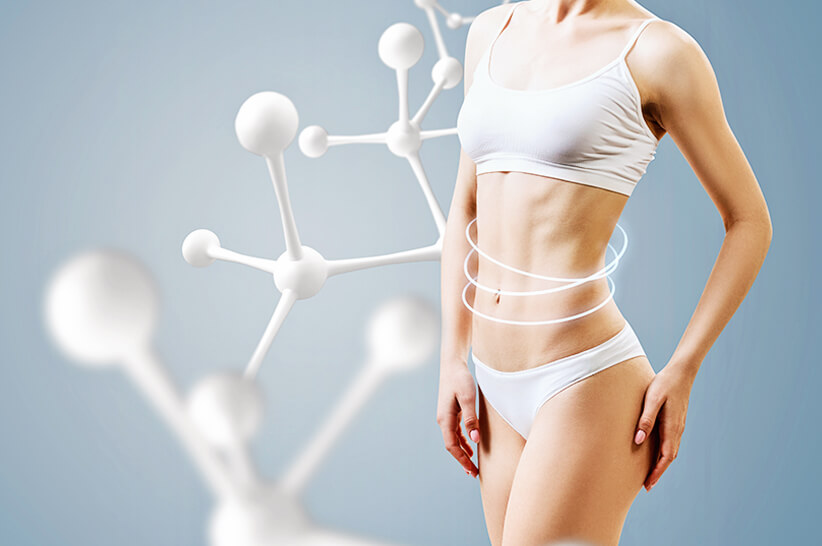 Learn whether ketones benefit you or not, their formation and functions, and more.

As somebody who’s just starting out or researching the keto diet, you might be asking the question: What are ketones? What’s the big deal about them? In this guide, we’re going to cover their basics.

Ketones are chemicals that your liver produces when glucose in your blood is low.

For instance, when you’re fasting or are in starvation mode, your ketone levels increase. Ketones are important in a ketogenic diet because these chemicals become your alternative source of energy.

Think about it this way:

If you eat fewer carbohydrates, glucose in your body runs low. (Note that glucose is your main energy source.) In this case, you need to use a backup fuel to keep going.

Can you guess what your body does when glucose is lacking? It taps into your fat stores – or fat from the food you eat. Fat gets broken down and converted into ketones 1.

One might ask why ketones are necessary and whether they pose any risk to their health. Read the next section to find out.

Are Ketones Bad and Dangerous?

But here’s what you need to know: Ketones are products of a normal process called fatty acid oxidation. It’s an important process in our body because it produces energy, enabling us to function even when carbohydrates are low.

What’s not to appreciate?

In fact, even when you’re not in ketosis, your body is constantly producing a small amount of ketones 1.

Bottom line: Ketones are normal and should not cause problems in healthy individuals.

The right question to ask is, “when are ketones bad?”

The only time they can be harmful is during ketoacidosis, a life-threatening complication in people with Type 1 or Type 2 Diabetes. Ketoacidosis can be caused by poorly managed diabetes, missed insulin, or an illness.

What Are the Types of Ketones?

Another thing to know about ketones is that they come in 3 different types. They are the following: 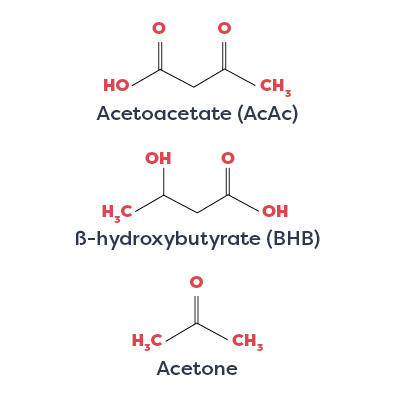 Your liver makes three types of ketones through a process called ketogenesis.

Acetoacetate is the principle ketone body. It’s where the two remaining ketones, BHB and acetone, are derived. So, imagine if acetoacetate didn’t exist – you would not experience ketosis and its benefits at all 2.

The most common ketone body, beta-hydroxybutyrate makes up about 78% of ketones in your blood. Taking exogenous BHB ketones creates instant energy and helps you get into ketosis faster.

Acetone is the third and least abundant ketone. It’s responsible for the fruity smell of your breath a.k.a. “keto breath,” one of the telltale signs of ketosis 3.

How Are Ketones Formed?

Ketogenesis, the process of ketone formation, happens in the liver. During a prolonged fast or glucose deprivation, fatty acids are released from your adipose cells and mobilized for use.

Good to know: Put in mind that ketones are acidic in nature. Because of this, an overproduction of ketones can become a problem – as in the case of diabetic ketoacidosis 1.

How Does Our Body Use Ketones?

Now that you know how are ketones formed, you could be curious: How does your body actually benefit from ketones? Isn’t glucose enough?

Utilizing ketones for energy rather than sugar offers a lot of benefits. One important fact you should know is that ketones provide more energy per oxygen used than glucose. Therefore, ketones are a more efficient fuel 4.

What are ketones used for? Below are some of their important uses:

A lot of people follow a Standard American Diet (SAD), a diet that teaches the body to rely on carbs for fuel. That is why a few hours after eating a high-carb meal, they crave sugar again – or else, they’ll feel weak and sluggish.

Ketosis trains your body to tap into its stored fat anytime energy is needed. When you’re running on fat, you’ll no longer experience those energy dips throughout the day.

This increase in energy improves brain function, particularly learning and memory. You may not know about this, but nutritional ketosis had been used as a treatment for intractable epilepsy since the 1920s. One of the theories about ketones is that they have an anticonvulsant effect 5.

Stable blood sugar levels, which can be achieved through nutritional ketosis, lower your risk of getting a chronic disease.

One testing method can be cheaper/expensive or more accurate/less accurate than the other. It all depends on the method that you’re most comfortable with or personally prefer.

What you’ll appreciate most about testing is that it gives you objective feedback. You’ll feel more motivated seeing those numbers increase.

You should expect your ketone levels to reach 0.5-3.0 mM. This is the normal range for ketosis 8.

Learn more about each testing method below. 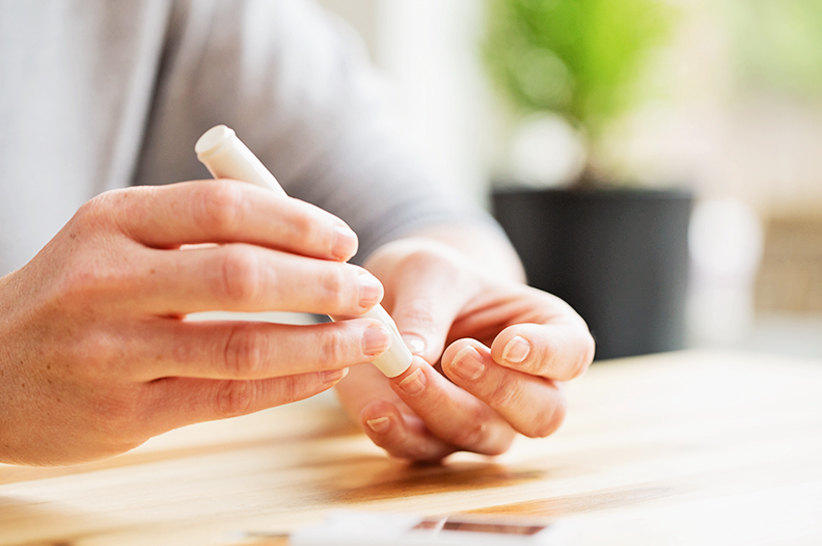 Testing for blood ketone levels is the most accurate way to identify ketosis.

For this method, you will need to purchase a blood ketone meter.

Blood testing entails drawing blood from your finger using a lancet device. Next, you will place your blood sample on a test strip attached to the ketone meter. After a few seconds, the ketone meter shows your reading.

If you’re looking for an accurate way to test for ketones, go for this method.

Blood testing is the “gold standard” in ketone measurement. It measures in real-time the ketone body beta-hydroxybutyrate (BHB). Recall that BHB is the most abundant of the three ketone bodies.

While blood testing is accurate, it can be expensive. This is true especially if you test your ketones often. Since it involves pricking the finger, some people are not comfortable with it.

Here’s a tip: Choose a blood ketone meter that requires less blood so that you won’t have to prick deeply.

Breath testing measures acetone, the least abundant ketone. Acetone goes out of your body through your breath. This explains that fruity-smelling odor coming off your mouth when you first enter ketosis.

Nice to know: Acetone is also called the “exhaust ketone.”

To detect breath acetone, you will need a breath ketone analyzer. It’s a simple and small device that resembles a pen. You can use it continuously. All you need to do is connect the analyzer into your computer USB and breathe into it.

Breath testing is a good predictor of ketosis. It’s also non-invasive which can be comforting to those who want to test as often as they want 9.

But since breath testing is less accurate than blood testing, you’ll also want to pay attention to other signs and symptoms of ketosis.

What does it mean if there are ketones in your urine? Urine testing measures acetoacetate, the first ketone body produced. Acetoacetate exits your body through urine, which is why you’ll need a urine strip for testing.

Urine strips are affordable and non-techy. They appeal to those who want to test anytime and anywhere – people who are always on the go.

Testing for acetoacetate is especially useful during the early stages of ketosis. But as your body adapts over time, this test becomes less reliable. Being keto-adapted lowers the levels of acetoacetate in your urine. 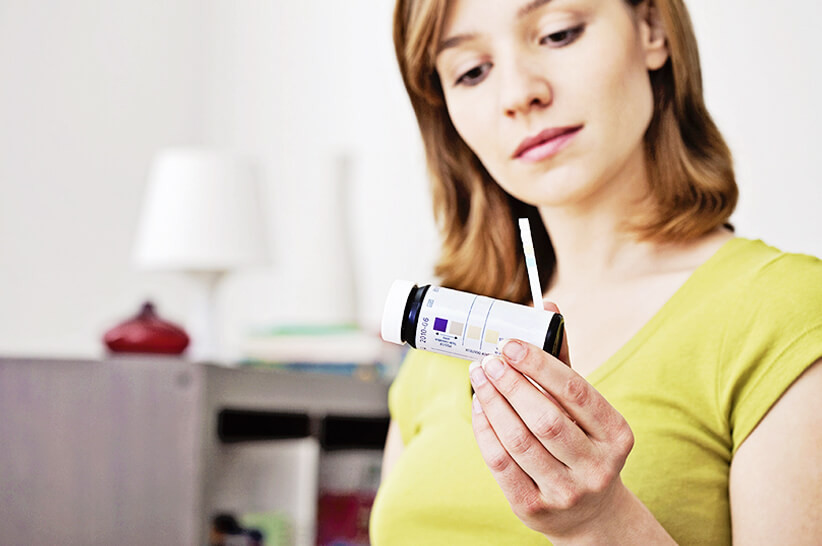 Testing for ketones in urine is convenient and especially helpful for new ketoers.

This is why you might still consider using a blood ketone meter if you want to track your ketones throughout your journey.

Earlier in this article, we mentioned that excess ketones mean danger for patients with Type 1 or Type 2 Diabetes. If you have diabetes and plan to follow a ketogenic diet, make sure to consult your doctor first.

Diabetic ketoacidosis is a life-threatening complication that can result in coma or death 10. Pay attention to your ketone readings.

A reading of 0.6 to 1.5mmol/L means that you have an increased risk for DKA. If you get this reading, wait for a few hours and test again. But if you get a reading of 1.6 to 3mmol/L, get medical help ASAP 11. 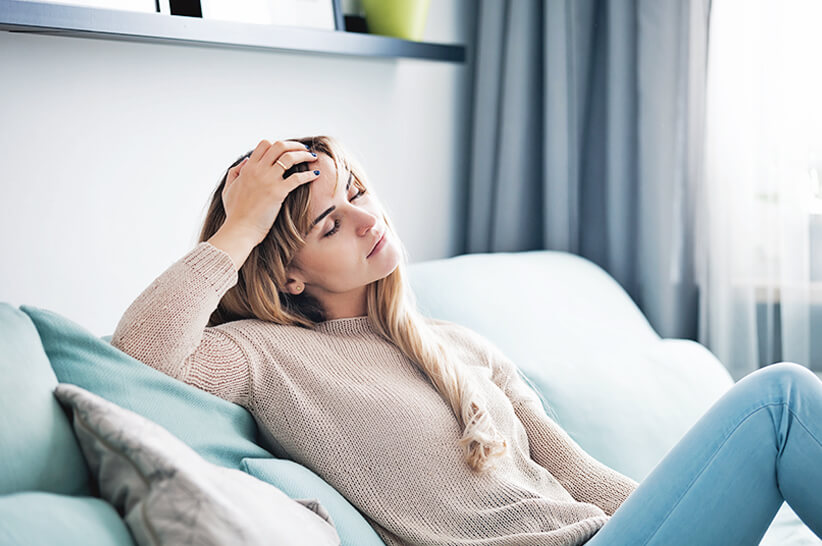 Diabetics with high ketone levels can be at risk for ketoacidosis.

Aside from ketone readings, note for symptoms such as:

What causes an excess amount of ketones in the first place? A lot of factors lead to DKA. They include the following:

Remember that DKA is different from ketosis. DKA only applies to people with diabetes. It may happen to someone with diabetes who is or isn’t on a keto diet. Succeeding on a keto diet requires the guidance of a medical professional, especially if you’re diabetic.

When you follow a very low carb diet such as keto, your body produces chemicals “ketones” that act as fuel. This superfuel does not only replace glucose, but it also has functional uses that improve your overall health.

This is a good topic, a learning lesson, vital information, Thank you.