How many carbs are there in a serving of popcorn and can you eat it on keto? We answer that and more to help you see if popcorn is compatible with a low-carb lifestyle.

Popcorn is an antioxidant-rich whole grain. That’s why you’ll see many nutrition and health experts refer to popcorn as healthy despite it being a snack food.

Air-popped popcorn, in particular, is low in calories and can help you get many important nutrients into your diet. You can prepare popcorn in a variety of ways to make it healthy and flavorful at the same time.

But since you are a keto eater, the important question is, is popcorn allowed on keto? To answer that, we’ll need to look at the carbs in popcorn as well as popcorn nutrition in general. We’ll focus mainly on air-popped popcorn with no fat, sugar, or salt added in the lines below.

Besides these popcorn carbs, another carb found in popcorn is fiber.

Your GI system cannot break down this type of carb completely, and most of it passes through undigested. Nonetheless, fiber plays an important role in your digestive and overall health. For example, fiber supports the balance of healthy gut bacteria 2. Fiber also curbs hunger, prevents constipation, balances out blood glucose, among many other things 2.

Besides carbs in popcorn, 31 calories in popcorn, as well as 1g of protein and 0.3g of fat. Popcorn also provides decent amounts of B complex vitamins as well as magnesium and zinc.

*Net carbs are the digestible carbs in a food. They represent the total amount of carbs in food minus fiber.

Can I Eat Popcorn on a Low Carb Diet?

The answer to that is both a yes and a no, and the difference lies in how low-carb your diet is.

A low-carb diet is actually any diet that limits carbohydrates, and there is no clear agreement on what exactly constitutes low-carb 3. So, if you’re, say, on an Atkins diet or other moderate-low-carb diet, then you can enjoy small portions of air-popped or homemade popcorn (carbs in movie popcorn and flavored popcorn can be pretty high).

And to explain exactly why that’s the case, we need to answer: is popcorn low-carb or is popcorn high in carbs? And the answer to that is that popcorn is not low in carbs; it’s a relatively high-carb food.

Most popcorn calories (over 80%) come from carbohydrates rather than fat and protein 1. Besides that, the typical serving of popcorn has enough carbs to surpass the daily limits of a very-low-carb diet like keto, which is typically 20-50g daily.

When you’re following a keto diet, you should base your diet around foods that have a different macronutrient distribution than that of popcorn or foods with a carb count that’s low when looking at the typical serving. This will help you get enough fat, protein, vitamins, and minerals while keeping carb intake within limits.

And besides, popcorn is a grain, and all keto diet guidelines recommend avoiding grains for the above reasons 4.

Now you’re wondering, “If I can’t have popcorn, what can I snack on on  keto?” Well, you’ll be happy to know that there are plenty of low-carb options out there. Here are a couple of examples to consider for your next movie night.

According to nutritionist Lisa Richards,

“It’s nice to have some healthy alternatives to traditional popcorn … trail mixes made with nuts, seeds, and no candy can be a great alternative.

It is nutrient-dense and provides protein, which is often lacking with popcorn.” 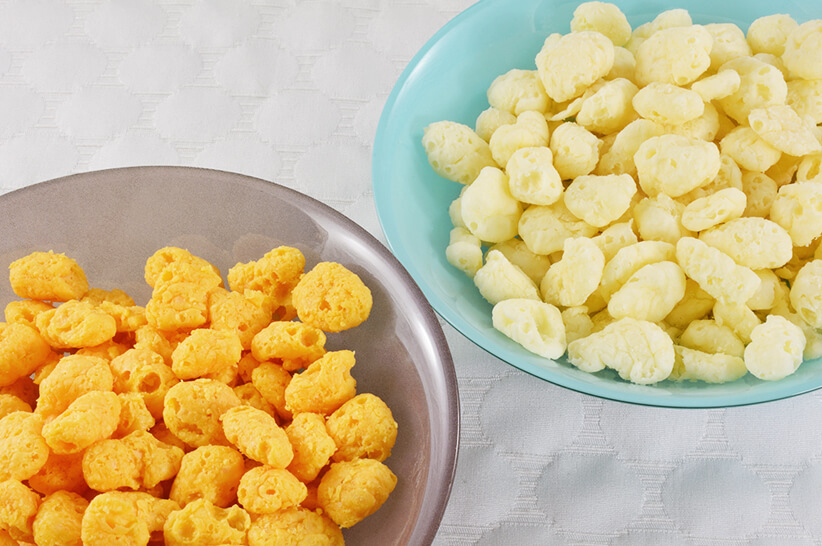 Not to be confused with cheese puffs, puffed cheese is the keto dieter’s popcorn. It’s usually made with cheddar cheese, which is high in fat and low in carbs 5. When dried, it puffs up just like popcorn in the oven. You can find puffed cheese recipes online.

They’re salty, crispy, and addictive, just like popcorn. But unlike popcorn, pork rinds don’t contain any carbs 6. They’re mostly fat and contain a little bit of protein – exactly how you want it.

Keto cheese crackers like Parm crisps are made almost entirely with cheese, and they’re a fantastic low-carb snack alternative. You can make these at home or order them on Amazon.

Roasted seaweed snacks are becoming increasingly popular, and one reason is that they’re low in carbs. A serving will give you around 1g of carbs, but lots of omega-3s, vitamin C, vitamin A, and iodine 7. Bear in mind, though, that their servings are tiny. 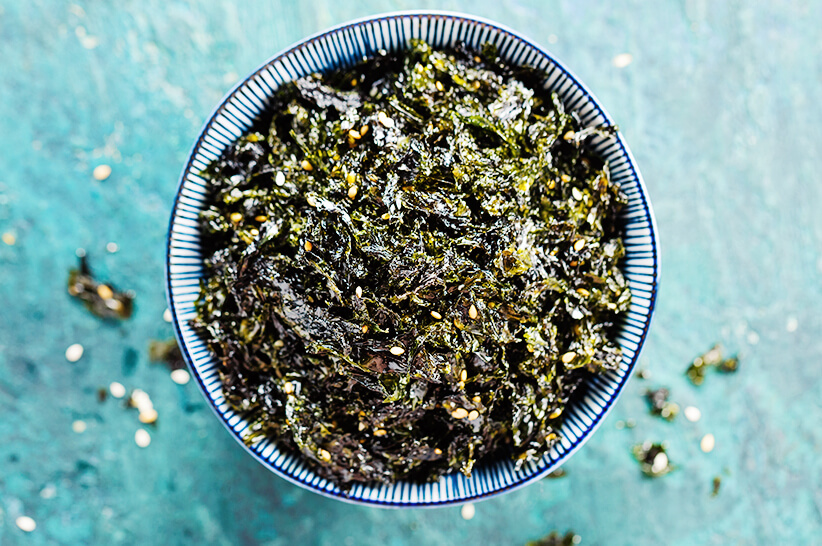 If you want a healthy keto snack, try seaweed chips.

Cauliflower looks somewhat like popcorn and it can be turned into a crunchy snack. Cauliflower is a low-carb veggie, with a cup providing around 3g of net carbs 8. Use butter when making roasted cauliflower and season it generously to make it as close to movie popcorn as can be.

As you can see, movie night snacking and keto aren’t mutually exclusive. It’s just that it shouldn’t involve popcorn. However, those on other low-carb diets can enjoy this snack in moderation. Keto-ers, however, should go for low-carb, high-fat alternatives to stay true to their macros. Popcorn is a cereal, and like most cereals, it’s relatively high in carbohydrates.