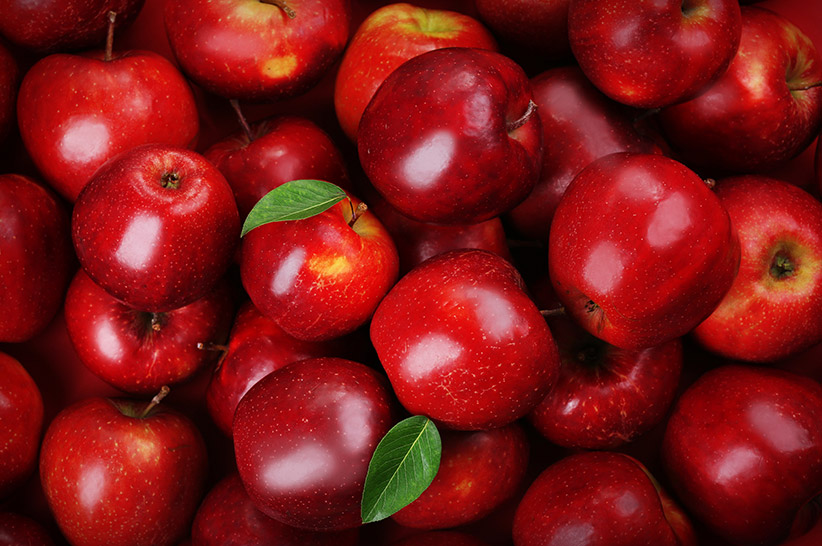 There are thousands of different apple varieties and all relatively high in carbs from a keto point of view.

One medium Gala apple (182g), for example, has a whopping 21g of net carbs or 12g net carbs per 100g 1. That’s 42% of the recommended daily carb limit on a ketogenic diet. For a food to be considered keto friendly, it needs to have fewer than 10g net carbs per 100g. Keep reading to find out more about the carbs in apple and their general nutrient profile.

How Many Carbs in an Apple?

Apples have between 18g and 21g of net carbs per fruit depending on variety. Some apples are denser in fruit sugars than other, but the numbers are pretty close. In this article, we’ll use Gala apples as a reference point for all apple cultivars. This variety is among the 15 most popular apple varieties which account for 90 percent of apple production in the US 2.

One medium Gala apple weighs around 180g and provides 21g on net carbs and 4g of fiber 1. Apples are mainly composed of water (86%), but most of their dry weight is simple carbohydrates like fructose, sucrose, and glucose. Only 4g of an apple’s dry weight is fiber.

Despite being relatively high in net carbs, apples have a low glycemic index of 38. Furthermore, one medium apple has a glycemic load of only 6. While this makes apples a healthy snack on other diets, it’s still not a good idea to eat an apple when you’re trying to get into ketosis.

For your body to enter ketosis, your daily net carb intake needs to be below 50g per day on average. You’ll also need to ensure you’re eating all necessary nutrients in order to stay healthy. For both to be possible, avoiding high-carb fruit like apples and sticking to low-carb fruit and veggies like cucumbers is a must.

How Many Calories in Apple?

There are approximately 95 calories in a medium-sized apple. This makes apples a low-calorie food item and is one of the many reasons apples are considered healthy. 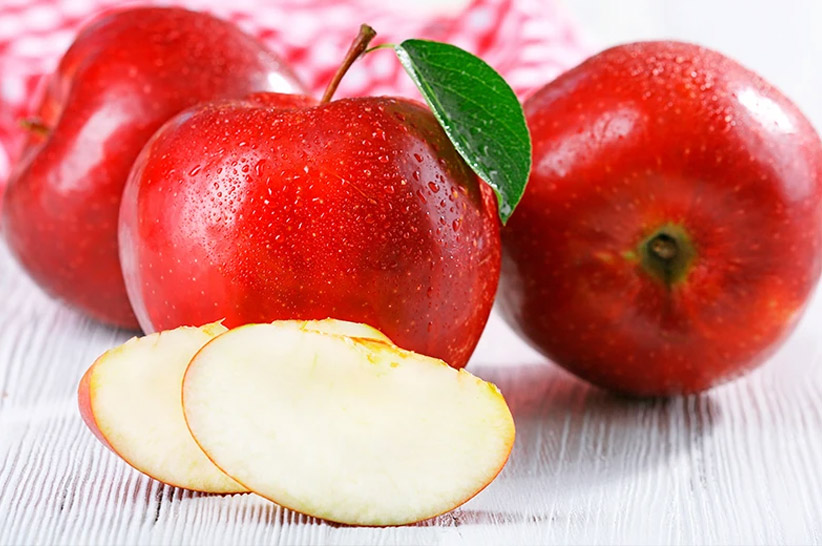 This seems to ring true especially when you compare apples to other fruit. Bananas, for examples, provide double the calories of apples. Other caloric fruit include dates and all dried fruit.

Apples are good source of carbs (if you’re not on a keto diet) and fiber (17% DV). Apples are also a good source of vitamin C, providing 8.4mg or 14% of the DV for this important vitamin. Other than that, apples are only a modest source of other nutrients:

Apples also have negligible amounts of fat and protein (less than 1% DV). Where apples actually shine is in their antioxidant action. Research shows that apples are a rich source of phytochemicals like quercetin, catechin, phloridzin, and chlorogenic acid, all of which function as powerful antioxidants 3. While these antioxidants aren’t essential nutrients, they still contribute to good health by protecting the body against disease.

Can You Eat Apples on the Keto Diet?

Apples are certainly a healthy food: they’re low in calories, high in fiber, and rich in antioxidant chemicals. But despite this, apples are not practical on a keto diet. In other words, you cannot eat apples on a keto diet and expect the diet to work.

The ketogenic diet is a very low-carb diet. This diet provided some of the benefits of fasting, such as ketosis, without the risk of malnutrition. But why is this important to know?

Because on keto, you need to eat lots of nutritious, low-carb food to stay healthy while limiting carbs to below 50g per day. You can only achieve this if you avoid high-carb food and replace it with low-carb and high-fat food. And if you look up keto diet food lists and keto meal plans, you’ll notice that apples and other high-carb fruit are excluded.

If you’re not following a keto diet, you may be interested in knowing about the health benefits of eating apples. Because apples are one of the most widely consumed fruits in the world, they’ve garnered the attention of many researchers who discovered the following two major health benefits: 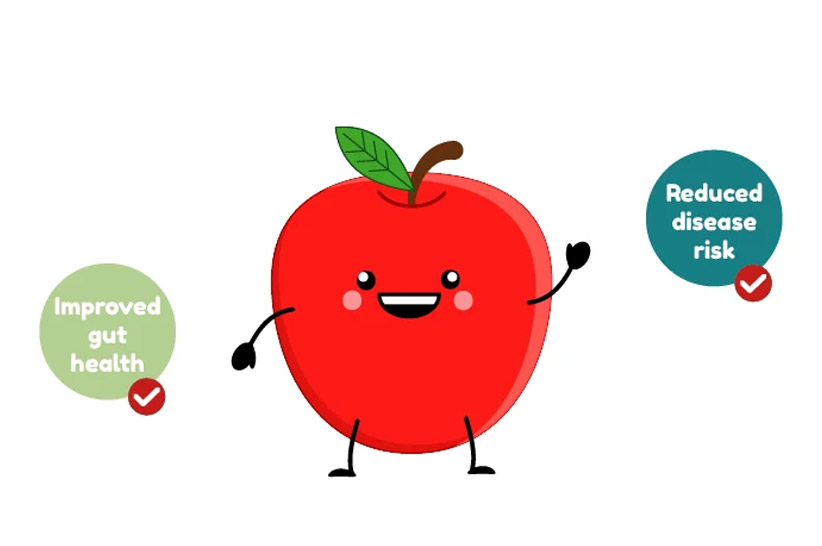 A comprehensive review from 2011 states that eating apples is linked with a reduced risk of cardiovascular diseases, some cancers, asthma, and diabetes, to name a few [4]. The review explains that much of this effect can be attributed to the many phytochemicals in apples.

How to Eat Apple on Keto?

You can’t really eat apples on keto as already explained. Still, if you’re a big fan of apples and can’t imagine life without your favorite fruit, follow these steps to make apples keto friendly:

Add half an apple to a keto-friendly salad made with romaine lettuce, spinach, or cabbage. Half an apple should provide just around 10g net carbs while most leafy greens have around 1g net carbs per cup. Make sure to check the nutrition info of each ingredient you add to your salad to stay within your daily carb limit.

Take a slice and eat as is or add it to your smoothie, chia pudding, or other low-carb dessert. A small slice of apple should have fewer than 5g net carbs.

Not all keto dieters take the standard approach. Some follow a cyclical ketogenic diet or targeted keto diet, both of which allow for occasional carb refeeds. If you’re one such keto dieter, then feel free to enjoy an apple or two during your carb up days.