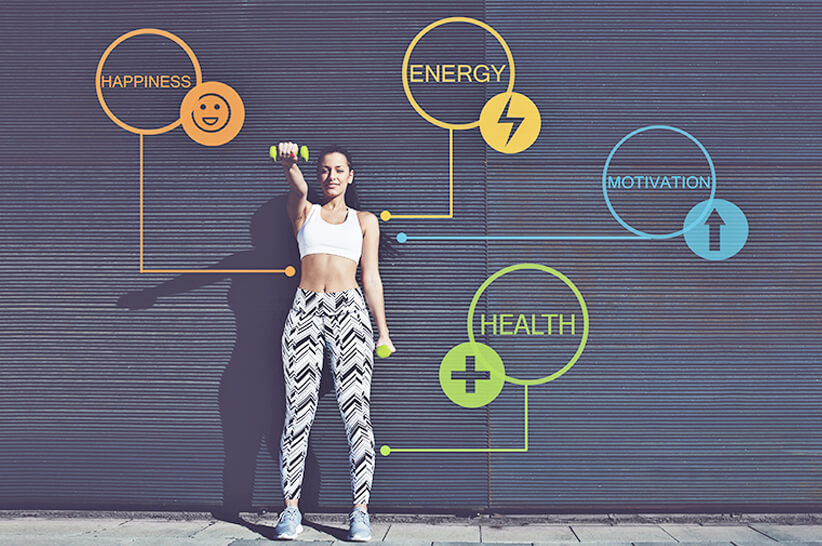 There are more benefits of the keto diet than we can count, but here are 9 of the best known and scientifically tested benefits of carb restriction.

The goal of the keto diet is to get most of your calories from fat rather than carbs. Eating this way depletes your body of its sugar stores and forces it to start breaking down fat to make energy. Some of this fat is then turned into ketones, which are your body’s backup fuels.

People have been turning to keto in the past couple of years to reap its many advantages. Many of the benefits of the keto diet are due to the unique way in which it affects metabolism. Others are a direct result of its macronutrient distribution.

What are the advantages of a keto diet?

If you’ve been researching the diet lately, you’re probably eager to know what the science says about keto benefits. Here, you’ll learn about 9 possible health benefits of the keto diet and see how keto works to deliver these benefits.

Keto became popular over the past couple of years mainly as a weight-loss diet. One reason keto helps with weight is because it makes you feel less hungry. Appetite reduction as one of the more prominent keto diet benefits was even confirmed in one 2015 review 1.

As you probably know, to lose weight you need to eat fewer calories than you’re currently burning. Your appetite can make a big difference in your ability to achieve this. A recently published systematic review even found that appetite control was an effective weight-loss strategy 2.

But how exactly does keto curb hunger?

Unfortunately, nobody has figured that out yet. There are a couple of theories, however. One is that ketones affect how your brain controls the release of appetite-regulating hormones like ghrelin and cholecystokinin 1.

But to reduce hunger with a keto diet, you need to be in ketosis. That’s why being serious about your macros and measuring ketone levels is so important on keto.

With decreased appetite comes easier weight loss. But that’s not the only reason people are losing weight on keto.

Keto works for fat loss because it makes your body burn its fat stores. It might seem counterintuitive to suggest that eating more fat makes you burn fat. But to understand why this is the case, you need to know about the biochemistry involved here:

Your body normally relies on its glycogen stores when food is running low 3. The keto diet effectively depleted these glycogen stores, creating an energy crisis. As a result, insulin levels drop and this triggers the release of fat from fat cells. Circulating fat then goes to liver mitochondria to be converted into ketones.

In other words, low insulin levels paired with ketosis promotes the breakdown of excess fat stores 4. 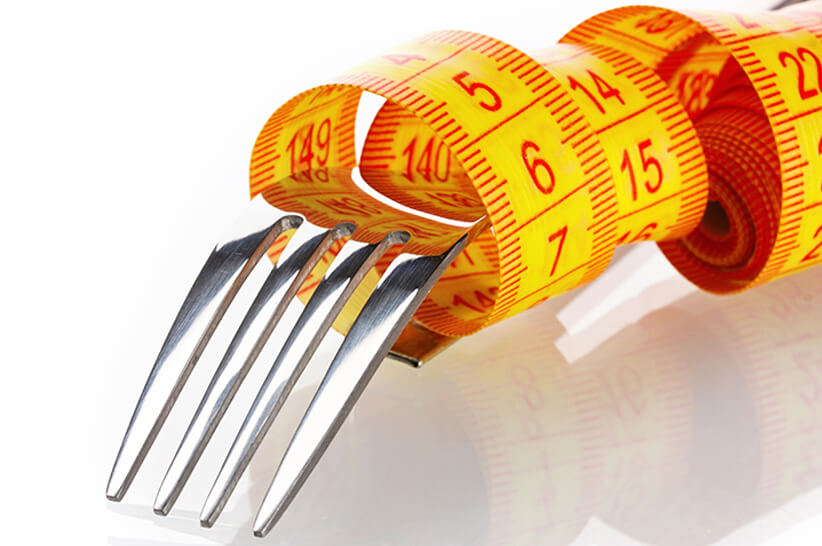 Besides burning fat, keto was found to spare muscle along the way, which is extremely important for long-term weight management. And on top of that, the diet improves insulin sensitivity, which will help you maintain a healthy weight in the long run.

Helping fight cancer seems to be another keto health benefit according to preliminary research.

Researchers have known since the 1920s that cancer cells survive on glucose. In fact, cancer cells seem to rely on glucose more than healthy cells and are not able to use fat and ketones to spread and multiply.

Not surprisingly, scientists soon began looking into keto as a possible therapy for cancer 5. From what they’ve found, the diet deprives cancer cells of its favorite fuel, essentially killing them. This seems to be particularly true for glioblastoma, which is an aggressive type of brain cancer.

Clinical trials have been testing low-carb diets like keto as an adjuvant therapy to standard cancer treatments and the results seem promising. However, there’s still a long way to go before we see keto being recommended as a cancer treatment. As pointed out in a recently published systematic review: more research is needed to know if and how keto can help fight cancer 6.

For decades, we’ve been told to eat less fat to protect our cardiovascular health. The argument being that diets too high in fat raise cholesterol levels and elevated cholesterol harms the cardiovascular system (i.e. heart, the blood vessels, and blood).

And yet, at least 12 studies show that a low-carb diet decreases blood triglycerides, blood glucose, blood pressure, and it increases good (HDL) cholesterol 7. The diet also leads to weight loss and increases the levels of larger LDL particles (which are not dangerous). Taken together, this means that keto reduces common risk factors for cardiovascular disease.

So, if fat is bad, then how can better cardiovascular health be a keto advantage if keto is a high-fat diet?

Many of the above benefits of keto can be attributed to the diet’s effects on weight and metabolic health. Weight loss can and often does improve markers of metabolic health, including blood lipids, glucose, and pressure.

So, despite what we’ve been told about fat and your heart, things seem much more complicated than we were made to believe.

Type 2 diabetes is a metabolic condition that’s caused by a combination of genetic and lifestyle factors. While you can’t control your genetics, you can control lifestyle factors that increase your risk like being overweight, sedentary, eating a poor diet, and stress.

The keto diet can help you address some of these problems and reduce your risk of developing this condition. As already said, the diet helps with weight loss. The diet also helps normalize blood sugar levels, lower insulin, and even improve insulin sensitivity 8, all things important in the prevention and treatment of diabetes.

If you’re at risk of developing type 2 diabetes because you have a family history of the disease, are overweight, have pre-diabetes, and are used to eating lots of carbs, speak to your doctor about trying keto.

Keto was originally designed to help treat epilepsy, a common brain condition. That was back in the 1920s when researchers noticed that a diet low in carbs and high in fat causes ketosis in the same way as fasting. Since fasting was a common epilepsy remedy, keto proved to be a more sustainable alternative.

The diet eventually fell out of use with the discovery of modern anti-seizure medication, but interest in keto’s effects on brain health kept growing.

And even if you don’t need to treat any specific brain condition, you might get other brain-boosting benefits of ketosis like improve your mental clarity, focus, and mood.

Researchers aren’t sure how keto works to reduce seizures, let alone how it affects brain health. There are theories, though. For example, ketones require less oxygen than glucose, which protects the brain against oxidative stress. The keto diet also increases the number and size of brain mitochondria, which are the energy-generating structures in cells 9.

You’ll often hear that ketones are a more efficient fuel than glucose. That’s because ketones require less oxygen to produce the same amount of energy as glucose. It’s also because your body taps into a seemingly endless supply of energy when making ketones – fat.

And we’ve previously mentioned that one of the benefits of the ketogenic diet is its effect on mitochondria – the powerhouses of cells. As far as research goes, we’re still waiting for studies that will look into how and if keto makes people feel more energized and productive. But some studies found that a long-term keto diet improved exercise performance in athletes and 10.

So, it’s no wonder that so many keto-ers swear their energy levels and productivity improved once they went keto.

8. Can Help Women with PCOS

Polycystic Ovary Syndrome (PCOS) is a hormonal disorder common in women of reproductive age. Doctors don’t what causes it, but too much insulin, chronic low-grade inflammation, and too much androgen are often cited as culprits 11. If you’re someone with this condition, you’re probably wondering how keto affects female hormones.

Because the keto diet lowers insulin levels and even helps with inflammation and other hormonal imbalances, it can help women with PCOS. A study involving 11 women with PCOS tested how 24 weeks on a keto diet would impact their condition 12. The study found that the keto diet led to weight loss, improved hormonal balance, and lower insulin.

Many other studies found that restricting carbs is beneficial for women with PCOS 13. These diets help women with hormonal problems lose weight and it improves their metabolic and hormonal health, all of which helps normalize ovulation and boost fertility.

One animal study found that the keto diet reduces oxidative stress and inflammation by altering how genes respond to stress 15. This effect may be partially due to ketones and partly due to how the diet influences metabolic health.

Fighting inflammation can help you reduce your risk of chronic illnesses like diabetes, obesity, and heart diseases. It can also help with depression and boost your physical and mental energy.

Most people these days have heard about keto as a weight-loss diet. However, some follow this low-carb eating plan to reap many of its other health benefits. From appetite control and fat burning to preventing cardiovascular diseases and improving metabolic health, the keto diet can prove to be a powerful therapy for a wide range of problems. Bear in mind that most research on keto is still in its infancy. We don’t know if the diet can really deliver all of its promises. But so far, the research seems promising and there certainly is lots of room for optimism