Home → Articles → Health → Can the Ketogenic Diet Really Help with Depression and Anxiety? 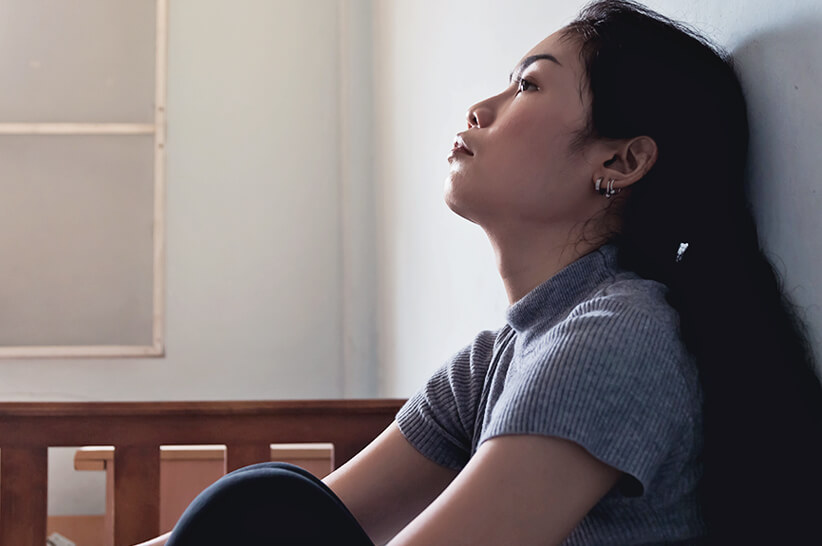 We’ve looked at the overall health benefits of the keto diet, and now we’re going discuss the connection between keto diet for depression and anxiety.

These two conditions can slowly but steadily destroy the lives of affected individuals when left untreated. Sadly, they often get dismissed or undiagnosed because not everyone is brave enough to talk about their symptoms. And even if they did, a lot of times, they can get judged for making up stories and excuses by even their closest family members.

Depression is a common mental disorder affecting more than 300 million people of all ages in the world. The World Health Organization (WHO) states more women are affected by depression than men and that at its worst, depression can lead to suicide 1.

Depression is not the same as short mood swings, and it’s certainly not the same as crying for a day over an unfortunate life event. From having a negative impact on a person’s quality of life to contributing to the burden of other diseases, depression can act as a slow poison for the one who’s suffering from it 2.

In a lot of countries, depression often goes undiagnosed or not treated properly due to the lack of education regarding its consequences. Most people suffering from depression don’t have the guts to speak up and tell someone about it because they’re afraid of being judged of making up excuses.

Depression can be classified into three main categories:

Anxiety is a feeling of fear, worry, nervousness, and uneasiness about something and it’s often recurrent in those who have chronic anxiety disorders. Feeling a bit anxious on certain occasions like the first day of school, at a job interview, or during a public speech is considered normal, and it’s something most people experience.

However, if those feelings are severe and chronic to the point they start having a negative impact on the quality of your life, that’s when you know you need to seek professional help. Some physical symptoms of anxiety are trembling, sweating, dizziness, or rapid heartbeat 3. Anxiety is also an underlying condition associated with depression and for someone who suffers from anxiety disorder, the symptoms may never really go away and can get worse over time.

Factors Contributing to Depression and Anxiety

Researchers have found that both depression and anxiety disorders are caused by a combination of genetic and environmental factors. Let’s have a look at some risk factors contributing to these conditions.

Some contributing factors of depression include 4:

Since depression can also be caused by genetic factors, having a personal or family history of it can increase the risk of developing it.

Major life changes such as and trauma caused by certain life events such as the death of a loved one, divorce, betrayal, and breakup can contribute to depression.

Some illnesses and certain medications such as isotretinoin can also contribute to depression.

Some contributing factors of anxiety disorders include 5:

Being exposed to stressful or negative environments during childhood or adulthood can contribute to anxiety disorders. For instance, children who’ve experienced any form of abuse can have a higher risk of developing an anxiety disorder.

If anxiety or any mental illnesses are present in biological relatives, this may also contribute to developing an anxiety disorder.

Some health conditions such as thyroid problems and heart arrhythmias can also contribute to anxiety. Excess caffeine consumption and certain medications can aggravate anxiety symptoms.

Is Keto Good for Depression and Anxiety?

If you read some of the keto success stories, one thing that will never fail to stand out is how a lot of them feel great after being on keto. A lot of people have also shared how they don’t feel depressed or anxious anymore on the ketogenic diet. Have a look at this Reddit thread, for instance; a user has reported how their depression is “gone” while being on the keto diet and other people have also commented similar experiences.

How Keto Helps in Depression and Anxiety

The ketogenic diet is thought to act as a mood stabilizer because of its anticonvulsant properties, positive energy changes in brain profile, and the ability of ketosis to decrease intracellular sodium concentrations 6.

The ketone bodies on a ketogenic diet have been found to produce more ATP for energy than glucose, and they’re also metabolized faster. Glucose, on the other hand, has to go through glycolysis first.

The sluggishness and fatigue associated with high carb diets are reduced significantly on the ketogenic diet, leading to improved overall energy. As discussed earlier, lack of energy to participate in activities is one of the symptoms of depression, and the keto diet can help reduce that symptom by increasing energy level.

It is a known fact that high carb diets increase the risk of inflammation, especially in overweight and obese individuals 8. Chronic inflammation and oxidative stress are two significant underlying factors of many diseases, including neurological conditions such as depression and anxiety.

The ketogenic diet has been found to exhibit anti-inflammatory activity by inhibiting 9:

And also by improving memory encoding.

A 2016 study conducted found that exogenous ketone supplements reduced anxiety-related behaviors in rats. They also concluded that it reflects the potential anxiolytic effect of nutritional ketosis 10.

Neurogenesis is the process of growth and development of the nervous tissues. Studies have demonstrated that stress reduces the activity of BDNF (brain-derived neurotrophic factor) expression or activity in the hippocampus and this can usually be prevented by antidepressant drugs 11. Research states that beta-hydroxybutyrate (the main ketone body) can induce BDNF expression 12.

Can I Take Medications for Depression and Anxiety While on Keto?

This is something you should discuss with your doctor to see if it’s okay for you to take the medications while you’re on the ketogenic diet. If any of those medications say, you need to take them after a meal, do as it says and avoid taking them on an empty stomach for the sake of intermittent fasting.

That said a lot of people in the ketogenic community have, and still do take their antidepressant and anxiety medications fine without any adverse effects. Some people have even gotten to the point of lowering their medication doses or being completely free.