Home → Articles → Raspberry Ketones: Everything You Need to Know 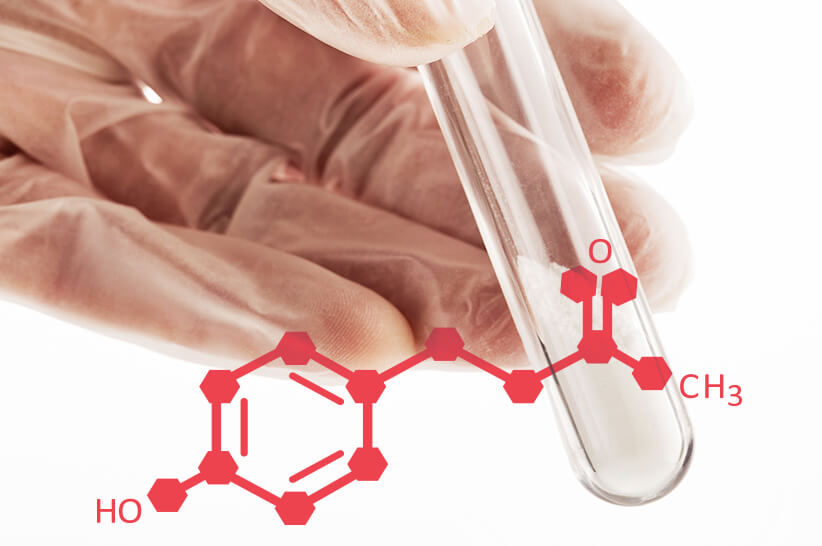 After being referred to as a “miracle fat-burner in a bottle” on the Dr. Oz show, raspberry ketones became one of the most popular weight-loss supplements of today.

The claim is that these supplements make it easier for your body to break down fat. They are also said to increase levels of hormones that play a part in your metabolic health.

But what exactly are raspberry ketones, are they in any way similar to ketones made during ketosis, and what’s the evidence behind their claims?

In this article, we explain everything you need to know about raspberry ketones.

What Are Raspberry Ketones?

Raspberry ketones are compounds naturally found in raspberries and that gives them their unique aroma. They are also found in smaller amounts in other berries and some fruit. However, the term also refers to their supplement form.

Food manufacturers (ice cream, candy) and cosmetic companies use these compounds for adding a fruity aroma and flavor. That means that you’ve likely already consumed small amounts of raspberry ketones without even knowing it.

And no, they are in no way similar to your body’s own ketones; they won’t trigger ketosis, and they won’t replace BHB ketones, aka exogenous ketones, as supplements. They are chemically similar to ketones, but your body won’t recognize them as such.

Besides that, raspberry ketone are deceptive in another way: these supplements are not really extracted from raspberries. Doing so would be a very expensive and wasteful endeavor because you’d need over 2 pounds of raspberries to get just 1–4 mg of ketones. Instead, most raspberry ketones on the market are man-made.

Raspberry ketones became popular sometime in 2012 after Dr. Oz mentioned them on his show, a phenomenon known as “the Oz effect.”

How do they work?

Just to make it clear: there are no clinical trials that prove that raspberry ketones work. Most of the health claims come from other studies on similar compounds and theories on how raspberry ketones might work for weight loss.

First off, raspberry ketones are chemically similar to capsaicin and synephrine, compounds found in chili peppers known for their anti-obesity effects. That’s one reason why researchers speculate that raspberry ketones may have the same effect.

The most compelling evidence comes from a 2017 study in rats which found that raspberry ketones inhibit fat accumulation through their effects on autophagy 2. However, animal studies like these are no proof that a theory is actually true in humans.

Are they safe to use?

The FDA labels raspberry ketones as “generally recognized as safe,” when used in small quantities like as food flavorings.

Some animal studies have found a reason for concern when it comes to their effects on the heart and cardiovascular system as well as reproductive health and development 3. Another safety concern with raspberry ketones is that they may cause the same side effects as synephrine, a stimulant, such as rapid heartbeat and increased blood pressure.

However, until there are enough human trials, we can’t say if these products are safe or not. Keeping your intake low would be a wise thing to do for this very reason.

What are they used for?

Raspberry ketones have been used in various industries long before they were brought up on the Dr. Oz show. Some of their many uses include:

Cosmetic products may contain fragrances with raspberry ketones. Researchers are also examining their skin and hair conditioning potentials for use in cosmetics 4.

Ice cream, candies, frozen yogurts, and other processed foods may contain these compounds in small amounts.

Weight-loss supplements are currently one of the biggest sellers of raspberry ketones.

When it comes to establishing a safe dosage, most manufacturers claim that 100-400 mg, twice daily is safe. However, this isn’t backed by research since, as already said, there’s a huge shortage of human trials for raspberry ketones.

Lisa Lynn, a weight loss expert who appeared on the previously mentioned Dr.Oz’s show recommends taking 100-200 mg raspberry ketone supplements with breakfast and lunch every day. This would be the equivalent of taking 40 kg of fresh raspberries daily.

Most claims about raspberry ketones come from a handful of preliminary studies that examined them as topical ingredients as well as dietary supplements. Here are some of those claims explained with the study evidence behind them.

The study
A 2008 study quoted earlier found out that a 0.01% topical raspberry ketone solution led to luscious fur in mice and even promoted hair growth in balding men after five months of application 4. The same study also found that these compounds also boost skin elasticity in women.

The studies
Besides the study in mice mentioned earlier which found that raspberry ketones boost fat burning through their effects on autophagy, other animal studies found similar results.

There’s also one human trial examining a weight-loss product that includes raspberry ketones as one of its ingredients 6. The study divided 70 obese participants into two groups. One group took the supplement alongside a weight-loss program for 8 weeks. The other group took a placebo. The study noticed greater improvements in the supplements group.

Other than these bits of evidence, there’s not much to back up the claims behind raspberry ketones. As Katie M. Dodd, a registered dietitian puts it:

Raspberry ketone supplements offer a myriad of health claims, but time and research has continually proven that nutrition from eating real food is the best way to go.

Lotte Damen, a Registered Keto Dietitian from MyndFuel also explains that, “whereas studies on mice have shown potential positive effects on body weight and blood sugar levels, evidence on the safe use of raspberry ketones for weight loss or increased fat breakdown in humans is currently lacking.”

Raspberry ketones are compounds naturally found in raspberries and other fruits that are commercially produced as food flavorings and cosmetic additives.

They became popular as weight-loss supplements starting in 2012 after being featured on the Dr. Oz show. And while the theory on why and how they may work seems sound, there’s no evidence to support the claims.

The main problem is a lack of human trials that would prove their effectiveness and safety.

Until there’s more evidence that these compounds could really support weight loss or provide other benefits, it’s a good idea to use them occasionally or only sparingly, if at all.