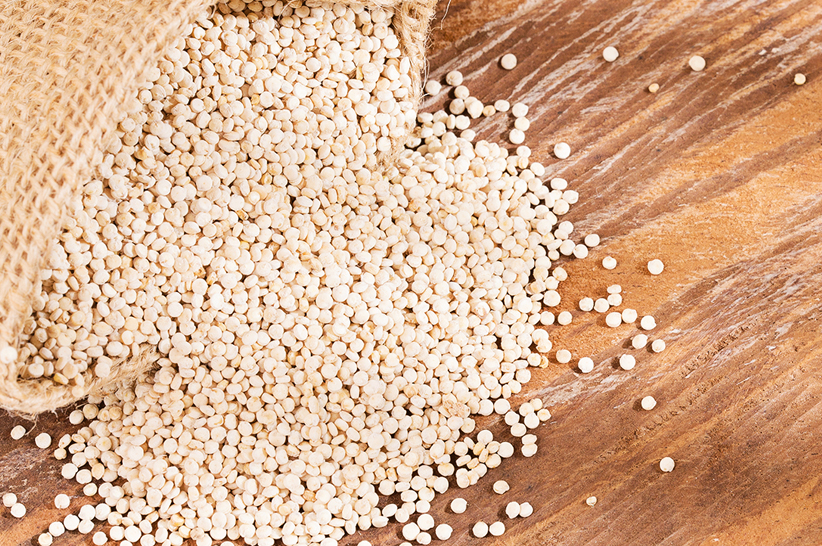 Quinoa saw a huge sales spike back in 2014 with the start of the gluten-free and vegan trends. That’s largely attributed to the unique nutritional profile of quinoa, which is a source of complete protein that’s also gluten-free. And from the looks of it, quinoa is here to stay.

However, what you really want to know is whether quinoa is keto friendly.

The short answer is no. If you want the long answer, then do continue reading. You’ll learn what quinoa is, about its nutritional value, and how and if you can eat quinoa while being committed to your keto lifestyle.

Although referred to as a cereal, quinoa is actually what’s called a pseudocereal.

Pseudocereals are the seeds of some species of flowering plants. Examples of other pseudo-cereals include amaranth, buckwheat, and chia.Real cereals, on the other hand, are seeds from grasses.

Pseudocereals are often cooked and prepared in the same way as cereals like wheat, millet, and barley. What makes them different from cereals is that they have better balance of macronutrients than cereals. Quinoa is no exception to this.

Quinoa is considered a nutrient-dense superfood, and for good reason. Uncooked quinoa is around 60% net carbs, 13% protein, and 6% fat 1. The concentration of some amino acids in quinoa, particularly cysteine and methionine, is higher than in most cereals 2. The fat content in quinoa is also two times higher than in other cereals and pseudocereals.

This superfood is a good source of other important nutrients like fiber, polyunsaturated fatty acids, vitamins, and minerals, and health-protecting compounds like saponins, phytosterols,

phytoecdysteroids, betalains, and phenolics 3. Quinoa is an excellent source of folate and magnesium — both important for brain health.

Quinoa is a nutritious food that can help support good health in many ways. Below are just a couple of examples of the health benefits of eating quinoa.

Quinoa is a gluten-free and plant-based source of complete protein and iron. This makes it especially valuable for those on vegan or gluten-free diets. But even if you’re not following a special diet, adding quinoa to your weekly meal plan can help you boost your intake of folate, magnesium, iron, and fiber – all nutrients that are difficult to obtain from a typical Western diets.

Antioxidants are nutrients and phytochemicals that protect the body against oxidative stress, a condition linked to heart disease, diabetes, obesity, and cancer, among other things. Studies show that quinoa is very high in antioxidant phytochemicals such as vanillic acid, ferulic acid, quercetin, and kaempferol 4.

Quinoa is a source of fibers that studies show can act as prebiotics 5. Prebiotics are fibers that feed bacteria in the large intestine and that are essential for gut and overall health. Bacteria that seem to grow with higher intake of quinoa fibers include Bifidobacterium, Lactobacillus, and Clostridium, among others.

Is Quinoa Good for Keto?

Generally speaking, quinoa is not the best choice on keto solely because it is a high-carb food. One serving of quinoa (½ cup) provides around 17g of net carbs. On a keto diet, a typical meal should ideally have fewer than 10g net carbs.

How to Use Quinoa on Keto

On a standard keto diet, we don’t recommend using quinoa. Even a small serving will bring you to close to your carb limit, leaving little room for other meals. There are two exceptions though:

The TKD involves eating 20-50g carbs around workouts, and that’s the whole allowance for the day. However, endurance athletes may eat up to 100g of net carbs and still maintain ketosis. The latter can definitely include quinoa around their training sessions.

The CKD is a relaxed keto diet where your cycle between a SKD and a typical high-carb diet. If you’re following this version of keto, then there’s no reason not to eat quinoa during your carb reloads.

There are a couple of grain-like foods you can use instead of quinoa on keto. These provide just as many health benefits and can be prepared in a similar fashion.

The flavor and texture of these keto-friendly foods varies greatly from quinoa and other grains. With a bit of imagination and tweaking, you may create something that’s close to the real thing.

While quinoa is certainly a health superfood, it’s not the best option on a diets such as keto. It’s still too high in carbohydrates to make it practical on keto. However, you can use it if you’re following more relaxed versions of keto like the targeted or cyclical approaches. Otherwise, stick to low-carb grain substitutes and make sure to meet your needs for protein, fiber, iron, and magnesium with keto-friendly sources.