Home → Articles → Is Hummus Keto-Friendly? Carbs in Hummus and Other Nutrition Info 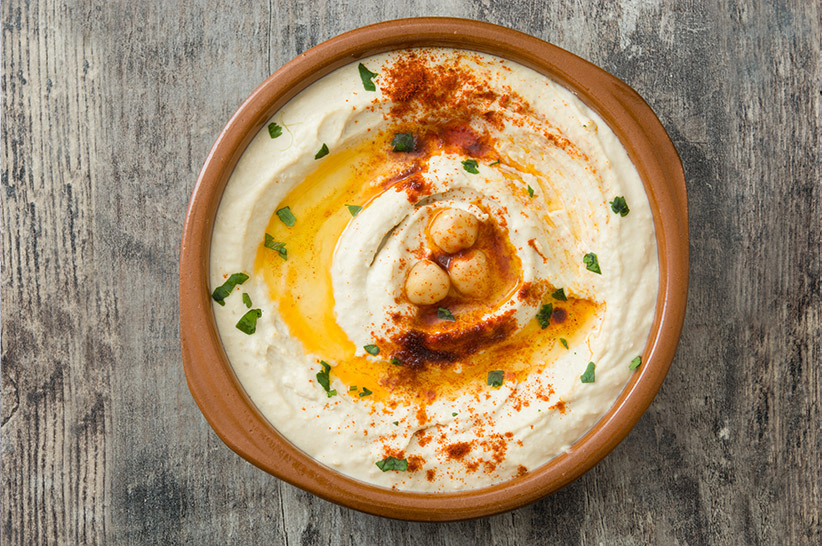 Can you have hummus on keto? If not, what is it about this popular dip that makes it a no-go on this diet?

With the growing awareness of the link between food and health, we’re seeing more and more people turn to hummus and other healthy ingredients.

This Middle Eastern staple has replaced less healthy traditional dips and spreads in the pantries of the health-conscious. However, hummus didn’t become popular just because experts say it’s good for you; hummus is also delicious despite not looking the part. If you’ve ever had a taste, you’d know what all the fuss is about.

But all that aside, we need to ask the tough questions: Is hummus keto? And if not, what alternatives are there?

In short, no. Hummus is essentially a bean paste spread, and beans are not keto-friendly. If you’d like to know more about why you need to avoid hummus on keto and what you could eat instead, keep reading.

The original and full name in Arabic is ḥummuṣ bi ṭaḥīna, which means “chickpeas with tahini.” Tahini is a runny type of sesame paste and the chickpeas used in hummus are cooked and finely mashed. Hummus is typically seasoned with salt, garlic, and lemon juice and topped with paprika, olive oil, parsley, but also other ingredients depending on the region.

Nowadays, you can find hummus at almost any food store. It’s sold in cans or tubs and some varieties have added flavors. It’s also easy to make hummus at home with a blender, food processor, or powerful immersion blender. It’s originally eaten as a dip with pita bread, but people often serve it with crudités, crackers, and chips. Many also enjoy it as a spread.

Is hummus a carb or protein?

Looking from a keto diet standpoint, it’s a high-carb food.

Hummus is typically avoided on the keto diet because of the high-carbohydrate content of chickpeas.”

explains Registered Dietitian Staci Gulbin. But just how many carbs in hummus are we talking about here?

According to the USDA nutrient database, a 100g (3.5 oz) serving of plain hummus has around 14g net carbs 1. While that might not seem like a lot, bear in mind that most keto dieters need to keep their daily carbohydrate intake between 20-50g per day. Since you’ll be eating at least three meals a day composed of several courses, you want individual servings to have less than 10g net carbs to be able to stick to the recommended limits.

There are a couple of exceptions, though. “Those who follow the targeted keto diet, or cyclical keto diet can squeeze in hummus into their daily carb count.” says Dr. Nikola Djordjevic who is the co-founder of MedAlterHelp. These types of keto diets allow for occasional high-carb intake, so hummus can safely be part of their weekly menu.

Other than net carbs in hummus, you also get lots of protein

around 8g per 3.5 oz serving. And its protein is also easily digestibly and highly bioavailable 3. Its high-protein content is one of the many reasons why it became popular in the first place. Hummus is also rich in fiber, vitamins, minerals, and antioxidants as you can see in the table.

Despite its benefits and popularity, we’ve explained why you can’t have chickpea hummus on keto. Instead, go for keto-friendly “hummus” made with low-carb ingredients or opt for low-carb “hummus” brands.

Here are some great alternatives to start with: 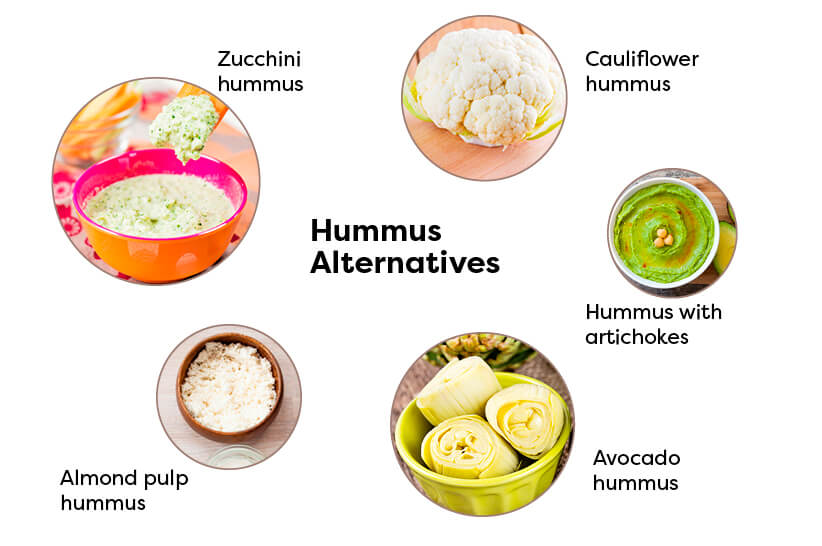 Is there anything cauliflower can’t replace on keto? This smoky cauliflower hummus looks like the real deal and the taste is pretty close too. You’ll need to season and then roast the cauliflower in the oven first. Then, proceed as you would with hummus made with chickpeas blend it until smooth and creamy. A 100g-serving of hummus made this way has half the carbs of regular hummus, i.e. around 7g.

And if you don’t care about replicating the look and taste of chickpea hummus, try out this avocado hummus. The recipe combines avocados with soaked macadamia nuts and tahini, resulting in an ultra-creamy and very tasty dip. It has only 2.4g net carbs per serving and loads of monounsaturated fats, which research shows protects heart health and even helps people slim down 4, 5.

You’ll also find low-carb hummus recipes like this one, which combines artichoke bottoms with cauliflower. This results in a creamier cauli hummus and also adds more earthy flavor to it. The added mayonnaise adds extra fat and a touch of creaminess, which is always a plus on keto. You’ll get around 3.3g net carbs per serving with this one.

Next time you make homemade almond milk, don’t throw away the pulp! Instead, make this almond pulp hummus. The recipe is essentially the same as for chickpea hummus, and it’s even more delicious than the original. If you don’t feel like making almond milk just to get leftover pulp, feel free to make this with soaked and peeled almonds.

For a legume and nut-free hummus, you could also try this one made with zucchini. This one is made with raw zucchini since cooked ones will result in a too-mushy paste. What’s great about this one is that it’s low both in carbs and calories. So if you need something that replicates the original but won’t contribute to your daily macros, this is it.

Besides these homemade alternatives, you can also opt for keto-friendly hummus brands. These often use low-carb alternatives like lupini beans, sunflower seeds, and cauliflower. Make sure to pair these with low-carb chips, crackers, and bread.

While it is a generally healthy source of protein and other valuable nutrients, hummus is not exactly keto-friendly. It can be fairly easy to go over your daily carb limit if you add hummus to your keto diet. That is if you follow a standard approach of 20-50g daily and near-constant ketosis.

Hummus is made with chickpeas as the main ingredient, and chickpeas are a carby legume. A 100g-serving of hummus, which is how much a lot of people will eat in one sitting, can provide around 14g net carbs. The exact carb count depends on the recipe, but it’s still pretty high nevertheless.

Luckily, there are other pastes and spreads made with low-carb ingredients like almond pulp and cauliflower and that can replace your favorite dip. These can be just as tasty as the original and give you plenty of keto nutrition.