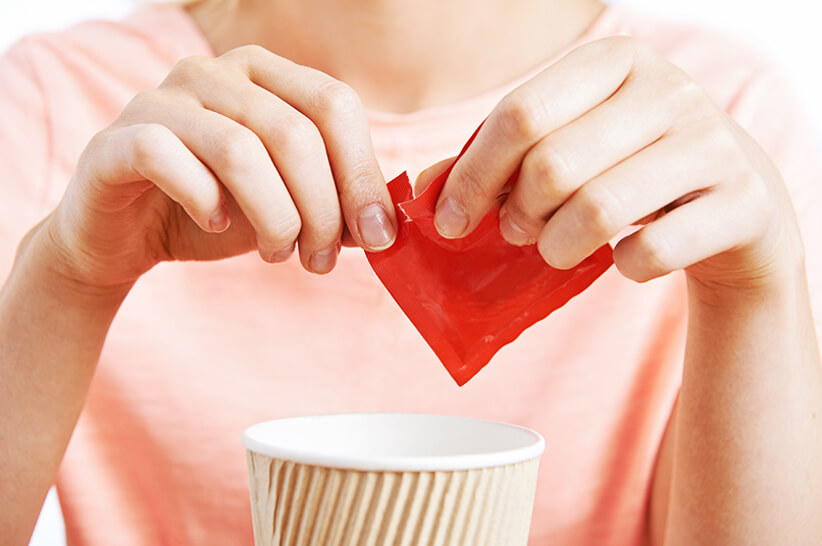 Need to sweeten your keto diet? Here are 6 keto sweeteners and a couple of high-carb examples you need to avoid.

Sweeteners are also known as sugar substitutes. They’re very popular because they provide the sweetness of sugar without the extra carbs and calories.

There are different types of sweeteners in three main categories: natural, artificial, and sugar alcohol.

You can find a great keto sweetener in every one of these categories. However, the best low-carb sweeteners will be almost carb-free, taste great, perform almost as good as sugar, and won’t cause side effects.

Below are the 6 best low carb sweeteners for keto with their calories per gram and glycemic index listed. We also list those you need to avoid keeping your carb intake low and your blood glucose optimal for ketosis. 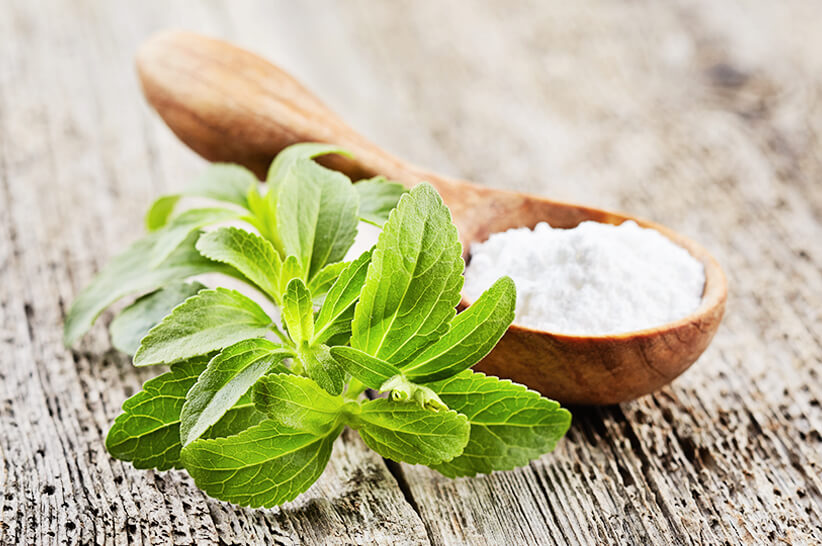 Stevia is the best natural sweetener on keto.

Stevia is a natural sweetener made from the leaves of the Stevia plant native to South America.

This plant’s sweet taste comes from compounds called steviol glycosides. These work by activating sweet taste receptors on your tongue, but the body cannot metabolize them. This is why stevia has zero carbs and calories.

The sweetness of stevia is 50-350 times that of sugar 1. So you could say a little bit of stevia goes a long way.

The taste of stevia is also different from that of sugar; its sweetness has a slow onset and long duration. Additionally, there’s a bitter or licorice-like aftertaste.

Most stevia sweeteners like Truvia are highly refined plant extracts. Still, it’s widely recognized as a “natural-origin” sweetener that’s safe and does not cause gastrointestinal side effects 1.

The main ingredient of Swerve is erythritol. It belongs to a class of sweeteners called sugar alcohols.

Sugar alcohols are neither sugars nor alcohols. Instead, they’re molecules derived from sugar that resemble both of these compounds but behave differently from them.

Erythritol is one of the best sugar alcohols for keto. It has 60-80% the sweetness of sugar, yet 0 carbs and calories 2.

This keto sugar substitute occurs naturally in certain fruits and fermented food. But the erythritol you see in supermarkets is made from glucose fermented with yeast.

Erythritol is expensive, so manufacturers often combine it with cheaper sweeteners to reduce the price. It also has no aftertaste, which helps offset the bitterness of other sweeteners.

Like all sugar alcohols, erythritol can cause gastrointestinal side effects like flatulence and diarrhea at high doses. Keeping your intake within the recommended daily limits (40g) helps avoid this.

Luo han guo or monk fruit is a small fruit native to China and related to squash, cucumber, and bitter melon.

It’s traditionally used in herbal medicine but also as a sugar substitute.

The sweetness of monk fruit comes from mogrosides, chemicals that are 250 times sweeter than sugar 3. These chemicals make up only around 1% of the fruit 4. But extraction can yield a powder that contains 80% or more mogrosides. If you do the math, you can probably guess that monk fruit sweeteners are fairly expensive.

Most keto monk fruit sweeteners on the market will contain a combination of different ingredients to help reduce the price. 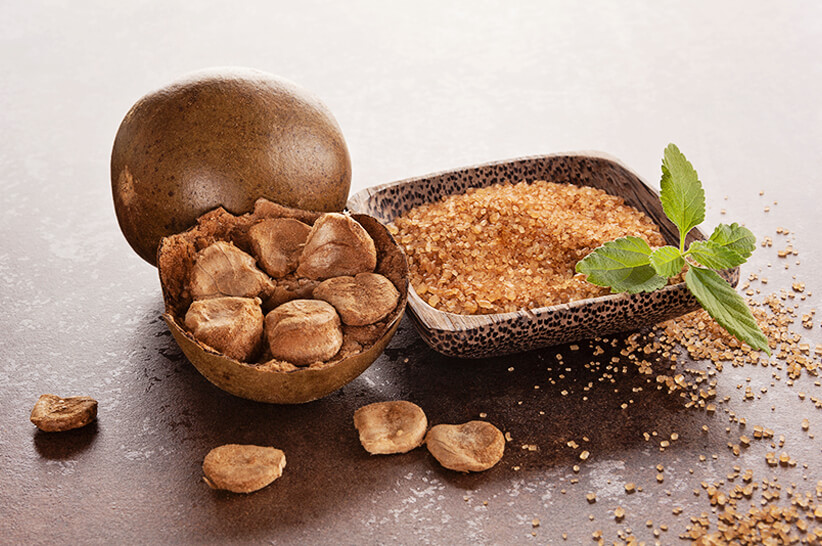 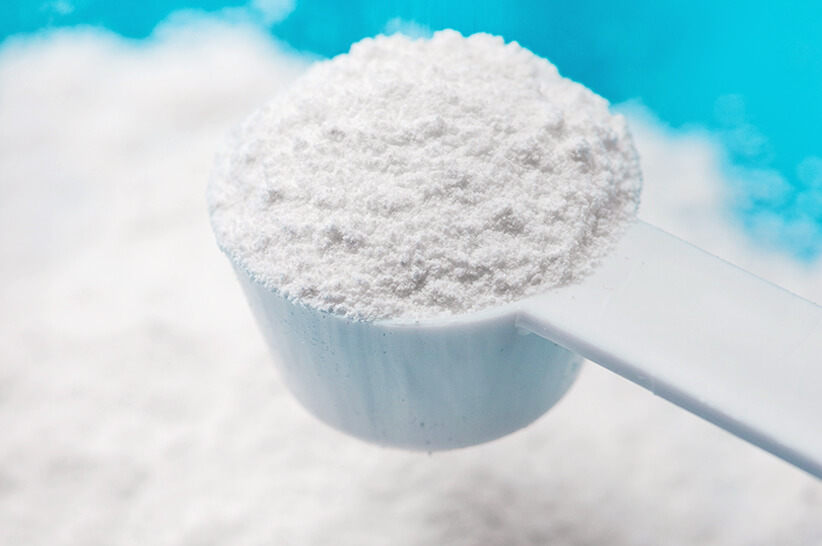 Sucralose is an artificial sweetener and sugar substitute. One of the most popular brands of sucralose-based sweeteners is Splenda.

It’s likely the most widely consumed sweetener in the U.S., accounting for 28% of the sweetener market. Sucralose is made through the chlorination of sucrose and is up to 650 times sweeter than sugar 6.

The best thing about it is that it has no calories. However, most sucralose keto sweeteners include bulking ingredients that do contain calories.

Splenda, for example, is 95% dextrose and maltodextrin. One packet of Splenda provides around 3 calories and 0.9g of carbs.

This keto sweetener is generally recognized as safe, but animal and human studies found it may be toxic, especially at high doses 6. Use it moderately as an affordable sugar substitute with a clean taste.

Another sugar alcohol to make it on the list, xylitol is one of the most affordable and safe keto-friendly sweeteners.

It’s a colorless crystal compound that has the same sweetness level as sugar. This is unique for a sugar alcohol as most are subtly sweet. On the downside, xylitol has a minty and cooling aftertaste, which is great for bubble gums and not so much for coffee and most desserts.

Xylitol is safe and even beneficial to one’s health. It helps prevent tooth decay and boosts immunity 7.

Yacón syrup is a natural sweetener extracted from yacón roots, a plant native to the Andes. It was traditionally used by the Incas of Peru.

The syrup contains up to 70% of fructooligosaccharides (FOS) 8, which are prebiotics that don’t raise blood glucose.

However, this sweetener contains fructose and other digestible carbs as well. Yacón syrup has one-third of the calories of sugar or around 20 calories and 6-11g of carbs per tbsp. 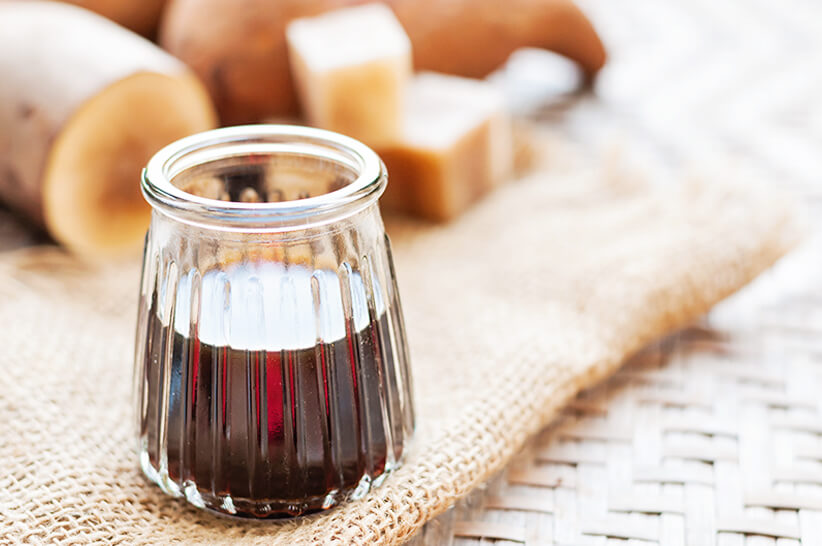 Yacón Syrup falls somewhere in between keto and non-keto.

While it may not be the lowest carb sweetener, it’s certainly one of the healthiest. Studies linked it to a lower risk of diabetes, obesity, and colon cancer 8.

Use yacón syrup sparingly on keto. It tastes like sweet apples and is perfect in smoothies and sauces.

Sweeteners to Avoid on a Keto Diet

Sweeteners with a high carb count and lots of calories should be avoided on keto. These will raise blood glucose levels and interfere with ketosis.

This one goes without saying; table sugar or sucrose is simply pure sugar, a type of digestible carbs.

It’s essentially a source of empty calories, not being much in the way of vitamins, minerals, or fiber.

Aside from being incompatible with a keto diet, studies have linked added sugar consumption with a plethora of diseases like diabetes, obesity, cardiovascular disease, fatty liver, and carries 9. 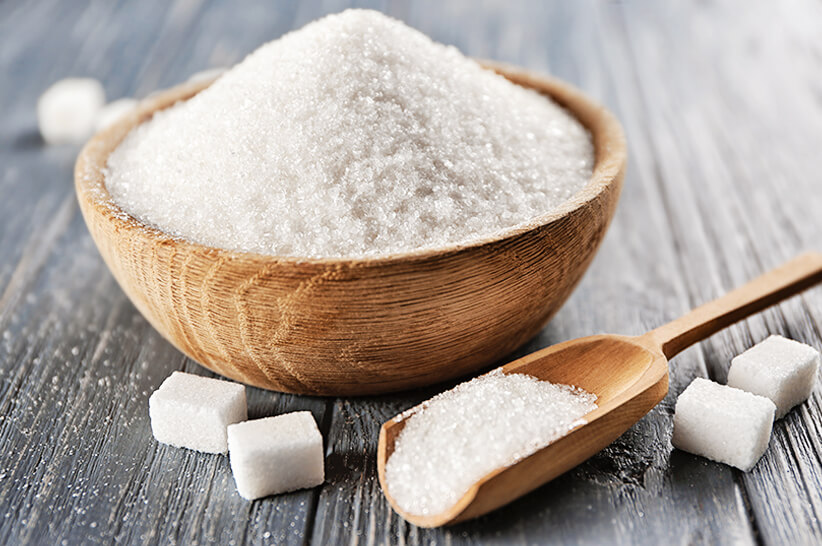 There is more than one reason to exclude white sugar from your keto diet. 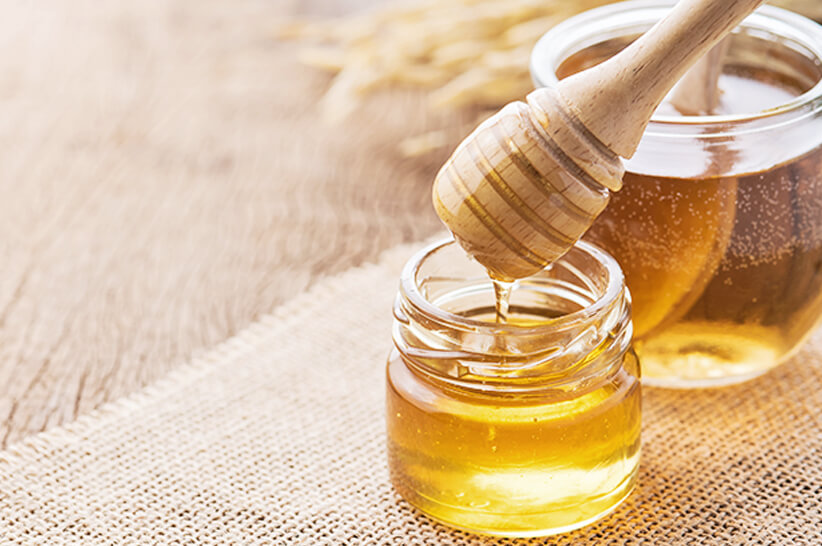 Honey is over 80% carbs, which is why it’s not keto-friendly.

A lot of people seem to wonder, “Is honey keto?”

Unfortunately, honey is not keto.

Unlike sugar, natural honey provides a little bit of fiber and protein, although not much.

But it’s not a good idea to use honey on keto. Over 80% of this natural sweetener is carbs.

Many also seem to ask, “Is coconut sugar keto?”

And the obvious answer is no.

Coconut sugar is the same as regular sugar except that it’s derived from coconuts instead of sugar cane.

More specifically, it is made from the sap of the flower bud stem of the coconut plant. It doesn’t differ much in terms of health benefits to other sweeteners and it’s 100% carbohydrate. 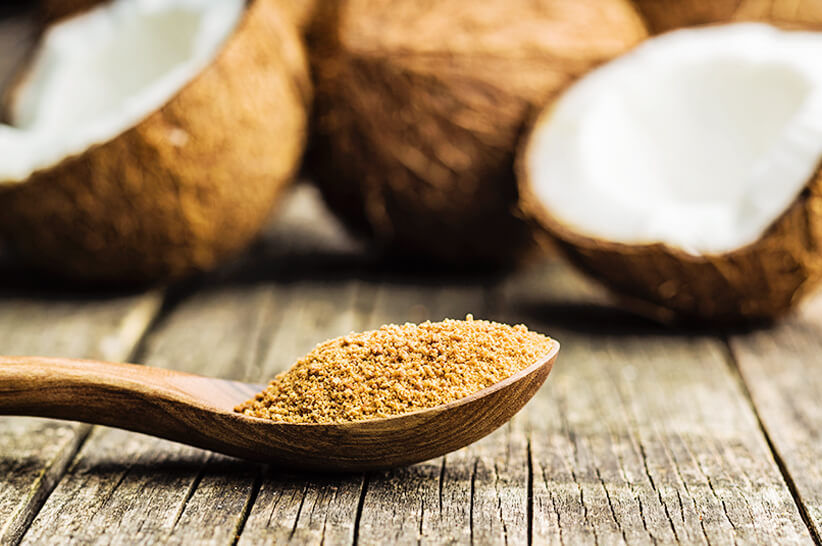 Coconut sugar is another sweetener you need to avoid on keto. 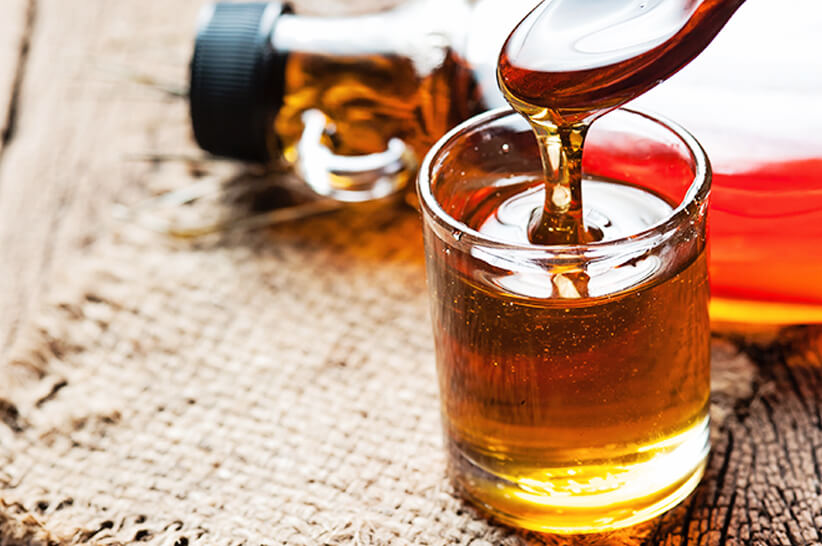 Sadly, healthy maple syrup is a no-go on the keto diet.

Made from the sap of maple tree, maple syrup contains mostly sucrose, aka sugar.

It is over 60% sucrose and 30% water. It also provides many nutrients like vitamin B6, zinc, and manganese.

But sadly, it’s not a keto sweetener.

On a keto diet, it’s important to replace sugar and other caloric sweeteners with their zero-carb and zero-calorie counterparts.

When buying your keto-approved sweeteners, make sure to read the label for carby bulking ingredients like starch and try experimenting with different sweeteners to find the perfect balance of flavor and texture.