Home → Articles → How to Get Electrolytes on Keto and Avoid Imbalances 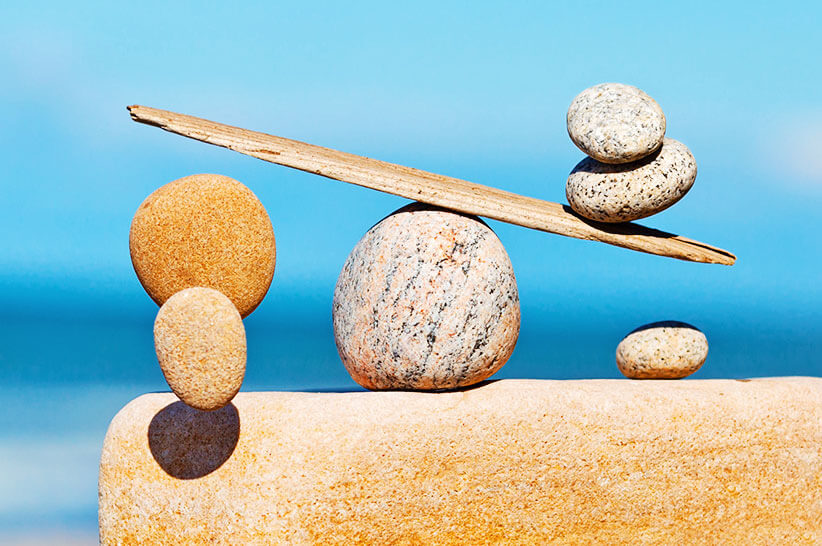 Imbalances in electrolytes happen on a keto diet, but they’re never unavoidable. Here’s what to know about electrolytes and how to get enough.

If you’re thinking about going on a keto diet, you also need to think about keto electrolytes. The reason being that some keto diet beginners develop imbalances in key electrolytes before transitioning into ketosis, which often leads to side effects like fatigue, headaches, and spasms.

Luckily, these and other side effects of keto induction popularly called keto flu don’t affect everyone. But when they do happen, they can be quite uncomfortable and even dangerous. You want to minimize risks and make your transition into ketosis as smooth as possible.

If you’re curious to know more about electrolytes on a keto diet, why imbalances occur, and ways to prevent/treat them, keep reading.

Why Electrolyte Imbalances Occur on a Keto Diet?

Having an electrolyte imbalance means you have either too high or too low levels of one or more electrolytes. 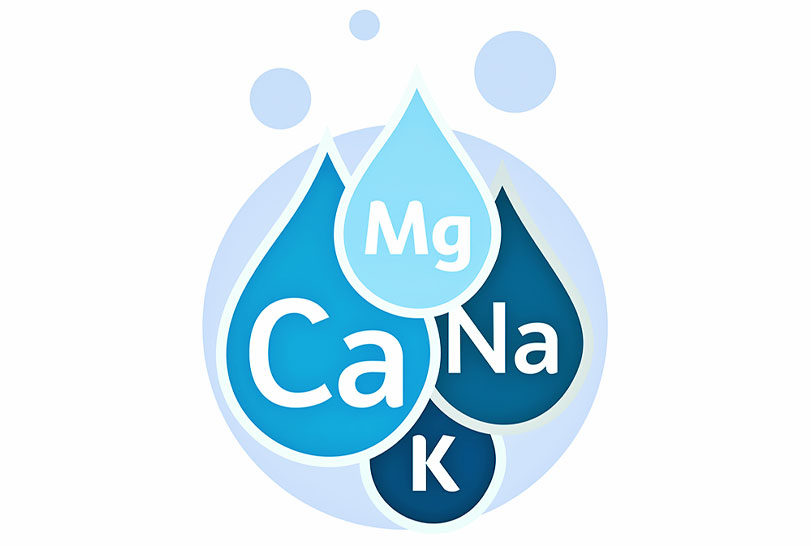 Electrolytes are minerals that are essential for life, and they help regulate things like heart rhythm, muscle contractions, and fluid balance, among other things. Examples of important electrolytes include:

Imbalance in any of these can lead to health problems, and the most common symptoms of there being an imbalance are 1:

Many things can lead to imbalances in electrolytes, but dehydration is the most common reason (e.g. from sweating or vomiting). However, kidney disease, heart failure, some diuretics, and poor diet can also disrupt electrolyte levels 1.

But what about the relationship between electrolytes and keto?

Restricting carbs causes insulin levels to drop 2; insulin helps your cells absorb glucose, but it is also known to make the kidneys hold on to sodium 3. With lower insulin, your kidneys start to excrete more sodium (and potassium), which is greatest between days 1 and 4 of the keto diet 4.

Glycogen depletion may also play a role in this. Glycogen is a form of sugar stored in the liver and muscles and that is 3-4 parts water. When you eat fewer carbs than usual, these stores become depleted, which also leads to water loss 5.

Which Electrolytes Are Mostly Affected?

You probably don’t have to replenish all electrolytes to prevent and treat imbalances caused by keto. Usually, only the following electrolytes are of concern:

Drops in insulin make the kidneys excrete sodium on keto at a greater rate than usual, and that’s why this electrolyte is usually affected first.

An older study comparing the effects of low-carb and high-carb diet on water weight loss and sodium excretion shows this to be the case 6. The study in question also found that excessive loss of sodium lasted only around a week, meaning the effect was transient. Most researchers today also seem to agree with this, claiming that sodium loss on a keto diet is only a short-term side effect 7.

Sodium and potassium are a dynamic duo or like two sides of the same coin when it comes to their effects on the body. Their balance is what maintains normal blood pressure and fluids. If there’s too much or too little one or the other, you will develop problems.

But when your kidneys remove excess sodium or more sodium than is normal during low-carb diet initiation, they throw away potassium with it 10. This leads to imbalances in both minerals, leading to uncomfortable symptoms of an electrolyte imbalance and dehydration.

Another problem with loss of potassium is that the kidneys may try to handle it by holding on to sodium. This perpetuates the problem further if you don’t supplement your diet with potassium to maintain an ideal balance of both electrolytes.

One comprehensive review article notes that two-thirds of people in the western world are not getting enough magnesium 11. The reason we’re mentioning this is that deficiencies in this mineral and electrolyte can make already existing problems (like the keto flu) worse.

While carb restriction itself doesn’t seem to directly lead to magnesium deficiencies and imbalances, the keto diet does remove important sources of this mineral like:

But even people who eat these foods regularly may be deficient since its levels in a food depend on how it was produced and processed. Furthermore, deficiencies in D vitamin and medication use (also common) inhibit the absorption of this nutrient.

What you can conclude from this is that it might be a good idea to supplement your diet with additional magnesium. Severe deficiencies lead to symptoms like muscle weakness, trembling, arrhythmia, agitation, and depression.

How to Avoid Electrolyte Imbalances on a Ketogenic Diet?

A well-planned keto diet should help you avoid this problem altogether.

Kellyann Petrucci, MS, ND, and creator of the Bone Broth Revolution, suggests to

If you add ⅛ – ¼ teaspoon of sea salt and a cup of spinach to a shake or your next meal, you’ll get a healthy dose of sodium, calcium, magnesium, potassium, and phosphorus along with many other nutrients.”

But if you’re already in the middle of transitioning into a keto diet and you feel like your electrolytes are already out of whack, you’re probably wondering, “What is the best way to replenish electrolytes?” and “What foods are high in electrolytes?”

To help you both avoid and replenish lost electrolytes, here are some practical tips on how to get electrolytes on keto.

Add salt to your diet

How much salt can you have on keto?

Salt contains sodium and chloride, both electrolytes. Table salt is approximately 40% sodium and 60% chloride. So, to get around 2,400 milligrams of sodium, you would need to eat around 6g of salt. That’s just a bit less than a teaspoon.

Other sources of salt (and sodium) include soy sauce, bouillon cubes, cheese, meat, and some condiments.

If you’re athletic or an avid gym-goer, then feel free to add even more salt to your daily diet. Phinney’s suggestion of at least 3,000 mg daily should help you avoid becoming dehydrated and imbalanced in other electrolytes. That’s because we lose even more salt through sweat, and it’s important to make up for the loss.

The National Academies of Sciences, Engineering, and Medicine says that adequate daily fluid intake is around 15.5 cups (3.7 liters) for men and 11.5 cups (2.7 liters) for women 12. Bear in mind that by fluids, we mean water as well as water found in juices, smoothies, soups, veggies, fruits, and so on.

Of course, you don’t necessarily have to measure your water intake. Let thirst be your guide. After workouts, you’ll likely need to drink more than the recommended limit, and water loss in the first week of keto probably means that your fluid intake should be a little bit higher than usual.

It’s easy to get sodium on a keto diet (or any diet for that matter). Potassium is a different story. Diet surveys show that people in the US eat less potassium than the recommended intake of 2,300- 3,400 milligrams for adults 13. This can increase blood pressure, cause kidney stones, lead to frail bones, and make you more sensitive to the effects of excess salt.

On a keto diet, your needs for this nutrient are even greater. The best way to get it is, of course, from keto foods high in potassium:

And how much potassium on keto do you need to eat?

The same amount as you’d need to eat if you were on any other diet: 2-3g daily. Make sure to eat a variety of potassium-rich foods at every meal and supplement if necessary.

The best way to get any nutrient is always from food. But the quality of food is just as important, especially with magnesium. Modern agriculture with its use of pesticides has led to magnesium depletion of soil, and this its depletion in food.

The best way to ensure your diet is rich in this key electrolyte is by eating organic. Of course, that’s not always possible or convenient. In any case, try to eat as much of the following to get more of this nutrient:

And how much magnesium on keto should you eat?

The Dietary Reference Intakes (DRIs) developed by Institute of Medicine of the National Academies say that adults should eat 360 to 420 mg of magnesium daily 14. The same level is enough to keep you healthy on keto.

Taking electrolyte supplements is a convenient way to quickly replenish your electrolytes when transitioning into ketosis.

Consider electrolyte supplements that are sugar-free and designed for rapid hydration. You can also go for those specifically designed for the keto diet. These sometimes combine electrolytes with other nutrients and ingredients great for keto dieters like exogenous ketones or MCTs.

Supplementing your diet with these nutrients is something best to consider if you’re having trouble getting them elsewhere. For example, if you’re living a busy lifestyle or don’t have daily access to fresh produce.

Going on a keto diet comes with a host of benefits, but the diet isn’t without its fair share of disadvantages. One such disadvantage is electrolyte imbalances that take place during the first week or so of keto.

These imbalances can happen as a result of drops in insulin. But they don’t have to! Drinking enough fluids, eating enough nutritious foods, and even supplementing your diet can prevent horrible side effects of electrolyte imbalances on keto.