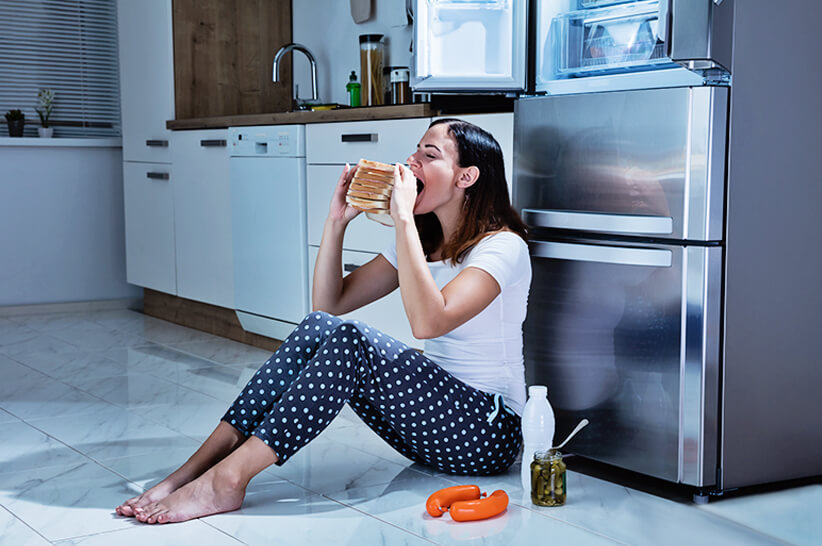 Do you ever find yourself up in the middle of the night, eating alone by the glow of the refrigerator light? Or perhaps you eat little very little throughout the day, only to overeat in the evening hours?

Many people struggle with eating late at night; if this sounds familiar, you could have Night Eating Syndrome. In this article, we’ll explain what Night Eating Syndrome is, its causes, signs and symptoms, its secondary health effects and how to overcome and seek help for this condition.

What Is Night Eating Syndrome?

Night Eating Syndrome (NES) is a condition that results in eating a large amount (25% or greater) of a person’s total calories in the evening and night hours, as well as frequent waking in the middle of the night in order to eat. One of the important diagnostic criteria for NES is that the individual is fully aware that they’re eating, unlike a different sleep disorder that results in night eating without awareness. NES can also result in sleep disturbance and insomnia.

While NES isn’t officially recognized in the current edition of the Diagnostic and Statistical Manual of Mental Disorders (DSM-5), it falls under the category of Other Specified Feeding or Eating Disorders (OSFED). Other diagnoses that fall under the OSFED categories include low-frequency or limited duration binge eating and bulimia, as well as atypical anorexia nervosa, which differs from typical anorexia in that the individual may be not be considered underweight. 1

While there isn’t one exact known cause for developing NES, there are several factors that could play a role in the development of this eating disorder, such as:

High levels of stress cause the body to release several hormones that have a direct impact on appetite, such as cortisol. Studies have found that people who are constantly stressed tend to have higher levels of cortisol, which is a predictor of future weight gain due to an increased desire for food, especially highly palatable, high-fat foods. 2

Many people find that they crave food when they’re feeling sad, anxious, stressed, or any other negative mood. Many high-glycemic foods, such as foods containing sugar, increase the availability of an amino acid called tryptophan. Tryptophan is converted into serotonin, which is often called a “happiness hormone” because it has an effect on mood. 3 Therefore, people with a history of anxiety or depression may be more likely to suffer from NES in an effort to increase levels of serotonin through eating. 4

Under-eating throughout the day

When a person’s caloric intake is very low throughout the day, they may tend to over-compensate by eating late into the evening and night hours. This can also result from a highly restrictive, unsustainable diet and the person “gives in” at the end of the day due to hunger and then may feel guilty for going off their diet.

If a person is used to eating more at night because they’re used to working night shift, they may have a difficult time getting back to a more normal pattern of eating and crave food in the nighttime hours. 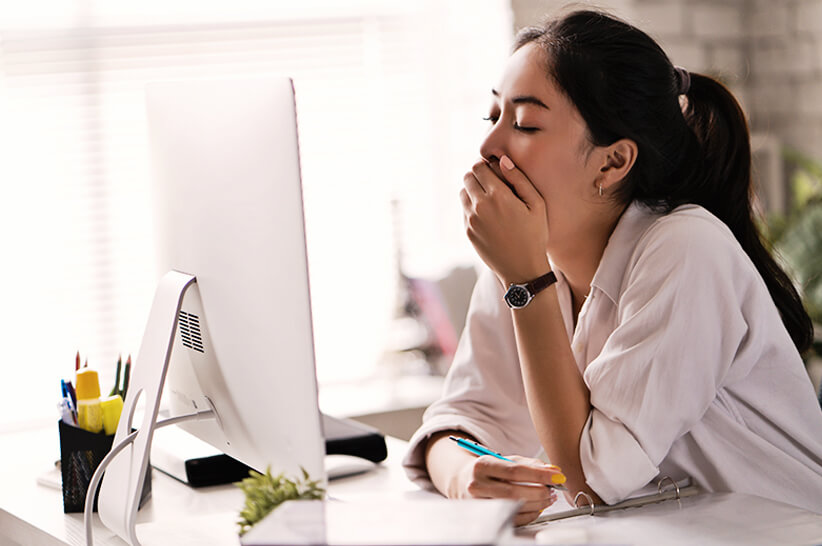 Sleep deprivation alters ghrelin and leptin, two important hormones influencing hunger and fullness. Leptin helps create a feeling of satiety after eating while ghrelin increases appetite and hunger. Studies have found that sleep deprivation is associated with an increase in ghrelin (hunger) and reduced levels of leptin (fullness), which leads to overeating and weight gain. 5

There are several diagnostic criteria for NES, and several of the common signs and symptoms need to be met in order to receive a NES diagnosis. According to the International Journal of Eating Disorders, the following must be present in order to diagnose NES: 6

Furthermore, other signs of night eating disorder include: 7

How Does Night Eating Syndrome Affect Your Health?

Some studies have found that NES is associated with overweight and obesity, though it’s unclear if NES is a result of obesity or a causing factor of it. People with NES tend to eat twice as many carbohydrates and protein and four times as much as fat compared to those without NES. 8 If calories eaten at night are in excess of the person’s caloric needs, the result is weight gain.

People with NES tend to have more disrupted sleep, which can take a toll on overall health. In fact, people with sleeping difficulties are more likely to develop type 2 diabetes. According to the National Sleep Foundation, those who get between 4 and 6 hours of sleep per night are at increased risk of developing diabetes. Sleep deprivation can cause increased hunger hormones (as previously mentioned) as well as reduced insulin levels while sleeping. When insulin levels are reduced, more sugar accumulates in the bloodstream, which can lead to the development of diabetes. 9 Also, people who are more tired from a poor night’s sleep may be less likely to want to exercise, and a sedentary lifestyle is a risk factor for developing diabetes.

Researchers have even found a connection between sleep deprivation and cholesterol levels. Sleep-deprivation tends to cause negative changes in cholesterol, such as the increase of LDL or “bad” cholesterol and lowering of HDL or “good” cholesterol. Having high LDL cholesterol and low HDL cholesterol are risk factors for developing cardiovascular disease, which includes heart attack and stroke. 10 If the nighttime eater is eating food in excess of their daily nutritional needs, particularly in the form of high-fat or high-sugar foods, those excess calories can be stored as triglycerides, or fat in the blood. High triglyceride levels have also been associated with increased risk of cardiovascular disease and even inflammation of the pancreas. 11

While NES can cause negative emotional and health outcomes, there are ways to help overcome it. Like other eating disorders, it takes time, patience, consistency and support to change disordered eating patterns Some tips to help overcome NES on your own include:

1. Eat consistently throughout the day

Providing your body with enough nourishment consistently throughout the day may help reduce nighttime cravings. If you skip meals or under-eat, you’re more likely to compensate for it later in the day.

Chronic dieters may be more prone to NES because they under-eat and deprive themselves of food they enjoy, or they feel guilty when eating around other people. Choose an eating pattern that you feel is more of a lifestyle change than a fad diet, and you’re more likely to stick with it. 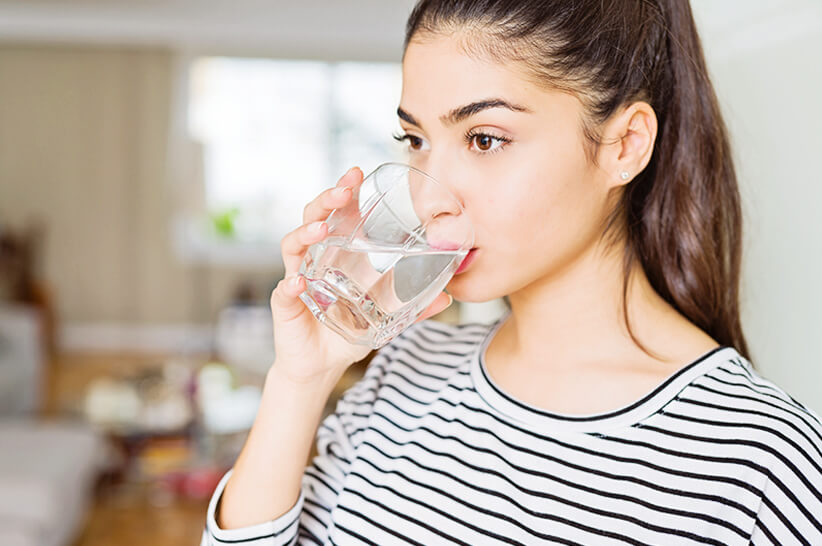 Drinking enough fluids, preferably water, throughout the day can help increase your feeling of satiety and reduce cravings. If you’re feeling the urge to snack and don’t physically feel hungry, drinking a glass of water can help lessen the urge to eat more than you really need.

Many of us are guilty of not practicing good sleep hygiene, which can lead to sleeping difficulties and possibly NES. The National Sleep Foundation suggests:

If you do want a light snack before bedtime, there is some scientific evidence that dairy products, fruits and vegetables may provide sleep-promoting effects. 13

When Should I See a Doctor?

If you’ve been struggling with the symptoms of NES for awhile, the tips above haven’t helped, and it’s negatively impacting your physical and/or emotional health, it may be time to have a visit with your healthcare provider. You may be referred to a mental health counselor for cognitive behavioral therapy (CBT), or you may be prescribed an antidepressant. 14 Because NES can negatively impact your health, it’s important to take the next step and pursue help, and know that the condition is treatable.

While the occasional “midnight snack” likely won’t be harmful to your health, consistently eating a large majority of your daily calories after dinner and in the middle of the night can negatively impact health. Night eating syndrome is linked with poor quality sleep, which is a risk factor for developing chronic diseases such as diabetes and heart disease. If you feel like you might have NES, using the tips provided is a good step in the right direction towards treatment. It’s best to consult with your healthcare provider to get an official diagnosis and to receive any additional treatment necessary if you’ve been having an ongoing struggle with NES.