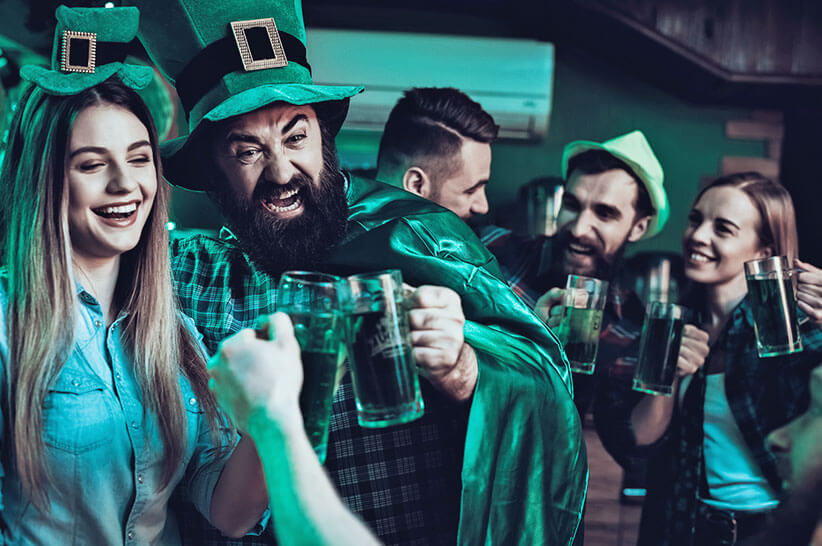 St. Patrick’s day 2019 is just around the corner on March 17. Although it’s known as an Irish national festival, the US has contributed a big part in the popularity of this day. This is because more than 34 million American people claim to have Irish ancestry.

Being on the ketogenic diet doesn’t mean you can’t celebrate St. Patrick’s day to the fullest. We’ve got some simple and delicious keto recipes to help you enjoy it without cheating or feeling left out.

What Is St. Patrick’s Day?

It often takes place as a multi-day celebration with parades, concerts, firework shows, and more. Until the 17th century, St. Patrick’s day was only celebrated as a religious holiday with church mass, prayer, and family time. It later transformed into a full party day when the Irish immigrants living in the United States began parades and other events to celebrate it in the 17th century.

St. Patrick is known as the patron saint and national apostle of Ireland, and he’s credited as the person who brought Christianity to Ireland.

Who is St. Patrick?

Although he’s internationally known as an Irish priest, St. Patrick is believed to have been born in Roman Britain. It’s said that he was born in a wealthy family, and was kidnapped at the age of 16 and brought to Ireland as a slave 1.

He spent six years in captivity and worked as a shepherd. It’s during this time that St. Patrick is believed to have heard from his God and became a devout Christian. According to his writing, he heard God’s voice telling him to escape from Ireland. After escaping, he reported having an angel telling him to go back to Ireland in a dream.

After returning to Ireland, he soon became a priest and started evangelizing people about Christianity. St. Patrick incorporated Irish cultural practices in his teachings about Christianity. For example, the Irish people were used to bonfires to honor their gods, so he used it to celebrate Easter.

Here are some interesting facts about St. Patrick’s day 2.

Much of what we know about St. Patrick is from a journal he wrote about himself.

2. St. Patrick did not drive away snakes

There’s a widespread belief that St. Patrick drove away snakes out of Ireland when they were pestering him during his 40 days fast. That’s an exaggerated false story passed on from the centuries because Ireland has never had snakes for over 10 000 years.

More than 34 million residents in the United States claim to have Irish ancestry.

4. Churches in the USA

The United States has over 450 St. Patrick churches.

It’s believed that St. Patrick used the shamrock to teach about the Trinity.

St. Patrick day is celebrated with a touch of green in everything; however, this only began in the 19th century. Blue is the color that’s believed to be associated with St. Patrick until then.

The Irish government mandated pubs to be closed on March 17 because St. Patrick’s day was observed as a strict religious feast day until the 1970s.

As stated above, St. Patrick’s day was observed as a strict religious festival until the 1970s. It was then that the Irish immigrants from the United States started parades and other events as a statement of their pride.

The reason why we see a lot of shamrocks themed things on St. Patrick’s day is that it’s believed that he used it to explain the Trinity to the Irish people.

Approximately 3 million pints of Guinness are consumed on St. Patrick’s day, which is five times the amount of how much is consumed on a typical day.

This classic St. Patrick’s day meal is American, and not Irish. Bacon is the traditional Irish meat eaten on this day. However, the Irish Americans in the 90th century opted for corned beef due to poverty, and it later became the norm.

How to Celebrate St. Patrick’s Day

Although we know that blue is the original color that has been associated with St. Patrick, the color green has overtaken in popularity so much that even Chicago river is dyed green on St. Patrick’s day 3.

People all over the world symbolize St. Patrick with green and those who celebrate it would often add a touch of green to their life on that day. Whether it be a shamrock badge or a green outfit, they’ll have something green on that day.

Perhaps you could wear a green t-shirt or add a touch of green to your outfit choice on St. Patrick’s day. If you want to go full mode, you can wear a green hat and dye your beard red.

Or some Irish whiskey, but drink moderately if you’re on keto. You can also drink some Irish coffee without sugar.

Visit Ireland, if you can

If possible, visit Ireland and celebrate St. Patrick’s day with the Irish people.

If you’ve got a day off, consider joining one of the St. Patrick’s day parades in your city. You can do all of the above and also participate in other events.

Cook a traditional Irish meal and enjoy it with your family and friends.

Spinach? Yes, spinach, because it gives a great texture and taste to the latte plus you’ll also get a boost of potassium from it. The MCT oil in this recipe will provide you with an instant energy boost to enjoy the St. Patrick’s day 4.

You can prepare this latte within 5 minutes, and it yields two servings. It has 15.8 grams of fat,
5.5 grams of carbs, and 1.5 grams of protein. 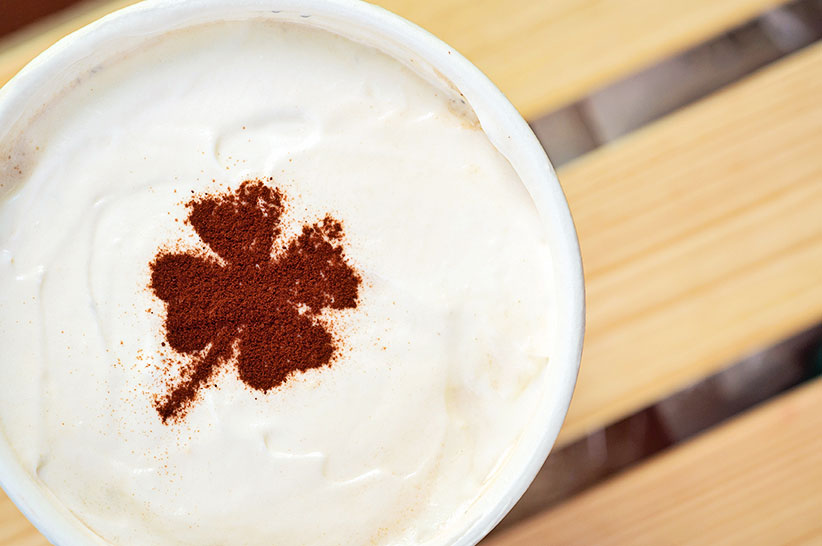 NOTE: you can add some bourbon or real Irish whiskey in the latter.

How about some keto friendly mashed potatoes to go with your main dish? Except you’ll be using the queen of keto foods, cauliflower instead of potatoes. You’ll still be able to get the thick and creamy taste of mashed potatoes with the help of other ingredients used such as sour cream, and heavy cream. 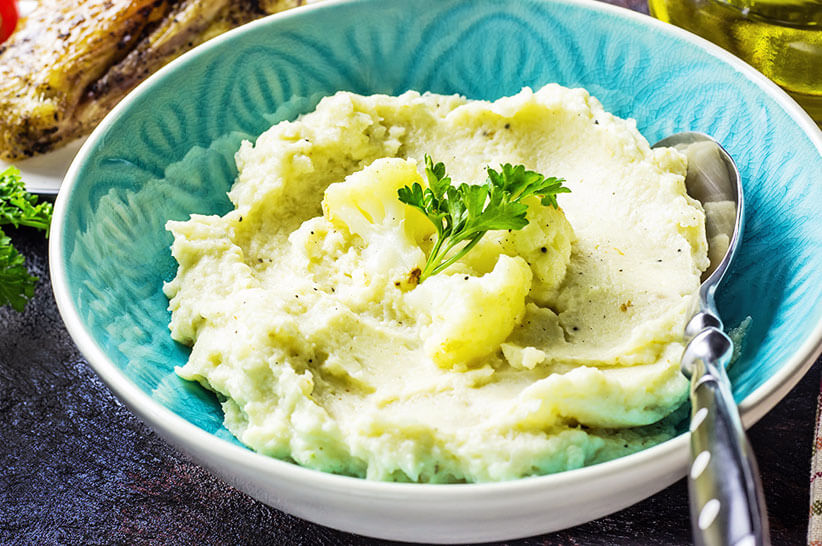 How can we forget the Irish soda bread? Well, here’s your tasty keto friendly version which uses coconut flour, ground flaxseeds, and ground sunflower seeds instead of regular flour. You can make this bread in under 50 minutes, and it yields ten servings. 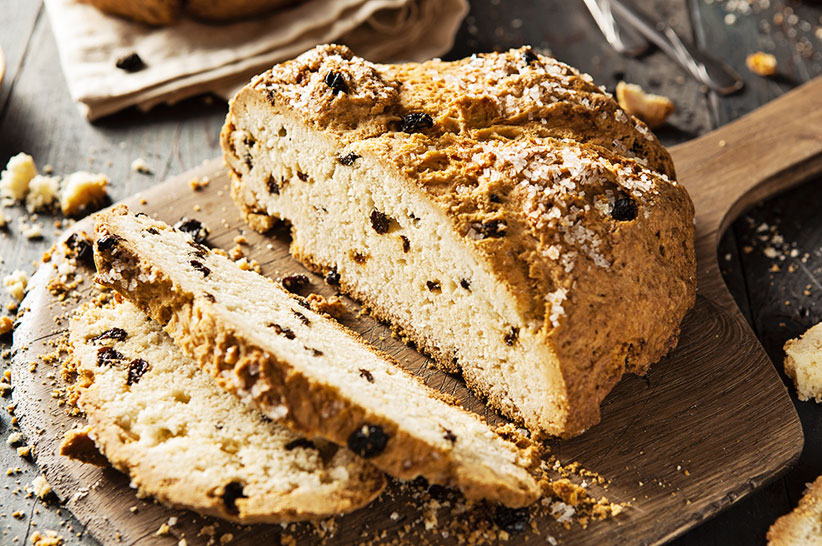 Remember we discussed going green on St. Patrick’s day earlier? It’s not just for your outfit choices. You can add green to your food too. Here’s a super delicious green deviled eggs recipe with a jalapeño twist. 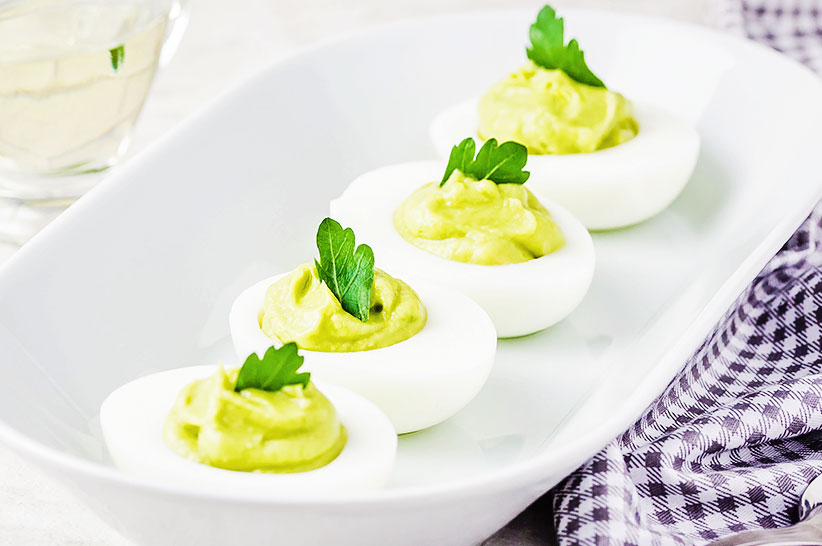 Corned beef and cabbage is the traditionally eaten St. Patrick’s day meal in the United States. You can enjoy it in a meatballs version with this keto friendly recipe. You can prepare this dish in under
45 minutes, and it yields eight servings. 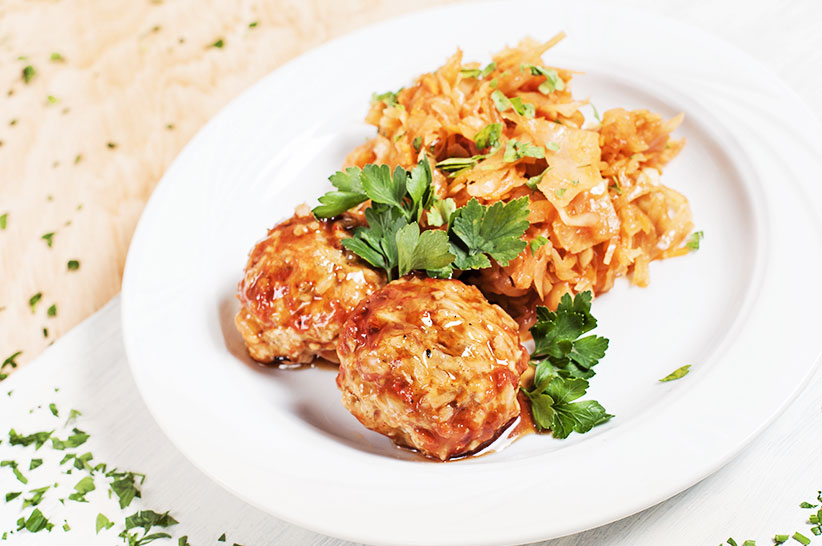